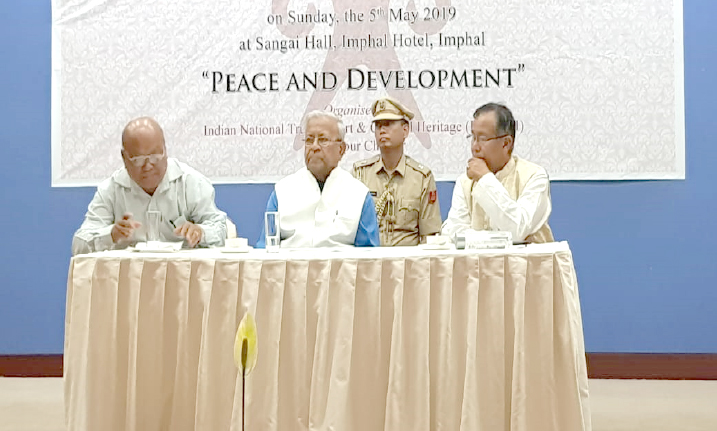 Dimapur, May 6: Nagaland Governor has advocated empowerment of citizens through right education to bring significant changes in the country.
India will be able to stand up only when everyone takes their own responsibilities and play the role of a game changer in their own capacities, he said while addressing an academic gathering at Sangai Hall, Hotel Imphal on May 5 at Imphal.
Acharya also urged the people of the Northeast to change their mindset instead of considering themselves as backward.
Stating that Northeast region is blessed with rich natural resources, he stated that graduates and educated people should focus on how to utilize them. He expressed his desire for educated people in NE to take advantage of the region’s rich natural resources and bring development in the region.
Also stating that education, empowerment, electricity and employment were the basic impetus for development, he opined that universities should be able to give right and extensive knowledge to students/youth, so that they can make use of their wisdom in bringing development in the society.
He also observed that the main aim of universities should be to strengthen the society by empowering students/people through education.
Manipur University’s retired Professor N Joykumar who spoke on the topic “Historical Prospect of North East India” stated that Northeast region had played vital role in the process of anti-imperialist movement in India, while citing Bir Tikendrajit, Rani Gaidinliu and HijamIrabot among others as examples.
He observed that the regional history is more important than national history, adding that India’s national history is created by the regional histories of India.
INTACH, Manipur Chapter Convener Dr RK Ranjan delivered the key-note address.
The academic discourse was organized by the Indian National Trust for Art and Cultural Heritage (INTACH), Manipur Chapter. (Page News Service)