HomeIndiaEminent persons urge govt to not allow any party to use Afghanistan developments to polarise society
India
3 weeks agoSeptember 1, 2021Afghanistan 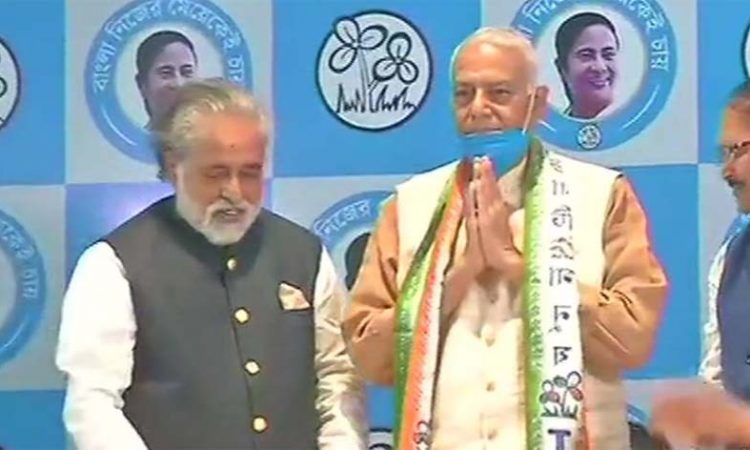 New Delhi, September 1: Expressing concern over the situation in Afghanistan, a group of eminent persons, including former ministers K Natwar Singh, Yashwant Sinha and Mani Shankar Aiyar, on Wednesday urged the government to continue engaging with the Taliban and not allow any political party to use the developments in that country to communally polarise Indian society for electoral gains.

In a statement, the group, under the banner ‘Indian friends of Afghanistan’, said as the Afghans seek to embark on a path of peace, national reconciliation and national reconstruction, Indians stand in solidarity with them
The group said the people of India stand shoulder to shoulder with the people of Afghanistan in these difficult times and asserted that the proud, patriotic and brave people of Afghanistan have defeated every invading army and continue to fight forces of extremism and terrorism.
The statement has been issued collectively by former external affairs ministers Singh and Sinha, as well as former diplomat and Congress leader Aiyar, retired IPS officer Julio Rebeiro, former IAS officer and an ex-vice chancellor of Jamia Millia Islamia Najeeb Jung, Afghan expert Vedpratap Vaidik, senior journalist Saeed Naqvi, former diplomat K C Singh, social activist Sandeep Pandey, former Rajya Sabha member Majeed Memon and Forum for a New South Asia founder Sudheendra Kulkarni.
The group has appealed to the Indian government that India should continue to engage with the Taliban.
“We welcome the government’s first official acknowledgement of its engagement with the Taliban in Doha and the positive assurances given by the latter,” it said.
There should be no discrimination on grounds of religion in providing shelter to Afghans who have been forced to leave their country, the signatories to the statement said.
They called for India to permit temporary stay to Afghan journalists, artists and civil society leaders who are feeling threatened by the conditions in their country.
“No political party should be allowed to use the developments in Afghanistan to communally polarise Indian society for electoral gains and any such attempts should be dealt with sternly,” the group said in its appeal to the government.
The group asserted that freedom is an inalienable right of every nation small or big, poor or rich, and sovereignty of every nation is inviolable, and forms the key principle of international law and the basis of global stability.
“We welcome the complete withdrawal of US troops from Afghanistan. However, the unplanned manner of its execution created conditions of avoidable chaos. The chaotic circumstances emboldened certain terrorist groups to kill innocent Afghans and foreigners,” the group said.
“We strongly condemn the barbaric suicide attacks in Kabul on August 26, in which scores of Afghans and over a dozen American soldiers lost their lives,” it said.
As friends of Afghanistan, “we are deeply concerned” over the current situation in that country, the signatories said.
All the countries in South Asia especially India, Pakistan and Afghanistan should strive to make it a region of peace, harmony and collective progress, the statement said.
In its statement, the group also appealed to the Taliban and other political forces in Afghanistan that the country needs an inclusive government that facilitates national reconciliation after four long decades of wars and violence.
“Therefore, we appeal to the Taliban (which are in near-total control of the country) and other political forces to begin an intra-Afghan peace process leading to a democratic governing establishment,” the group said.
It said such an establishment should ensure that no terrorist organisation has a sanctuary in Afghanistan and that its territory is not used for terrorist and extremist activities targeting any country in the world, near or far.
The establishment in Afghanistan should guarantee the safety and security of every Afghan citizen regardless of their ethnicity, ideology or past political background, as well as guarantee the safety, dignity and rights of women, the group said.

The signatories urged the new establishment that would be formed to protect Hindus, Sikhs and other non-Muslim minorities, and facilitate the dignified return of those who were forced to leave their country.
Such an establishment should also safeguard and continue the developmental projects undertaken by India in Afghanistan, the group said.
It also appealed to the international community that no country in the region should be excluded from, nor isolate itself from, collaborative efforts to bring peace in Afghanistan and promote national reconciliation and national reconstruction.
(PTI)