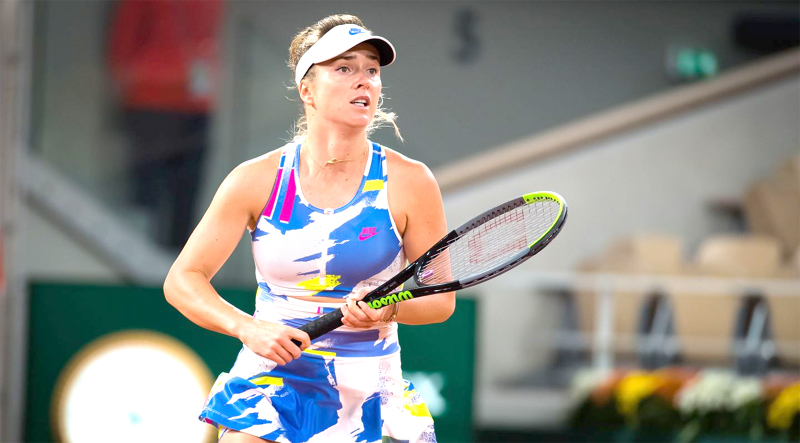 PARIS, September 30: Third seed Elina Svitolina recovered from a mid-match meltdown to defeat fearless Mexican qualifier Renata Zarazua 6-3, 0-6, 6-2 and advance to the third round of the French Open on Wednesday.
The 178th-ranked Zarazua, who became the first Mexican woman to win a Grand Slam main draw match in more than 20 years during her first round, came into the contest having never faced a top-20 player in her career.
She understandably made a nervous start under the closed roof of Court Philippe Chatrier as Svitolina quickly jumped into a 4-0 lead.
Zarazua, celebrating her 23rd birthday on Wednesday, soon found her footing, started converting her errors into winners and won three straight games to get back to 4-3.
It was, however, not enough as Svitolina took the opening set with another break of serve.
But if Svitolina hoped for a quick outing, having played in Rome and then winning the title in Strasbourg on Saturday, she was in for a rude shock as Zarazua used the momentum from the first set to hand her a bagel to level the match.
The Ukrainian was almost reduced to tears as her frustration grew with her unforced errors going up to 16 from six in the opening set.
“Well, honestly I’m still questioning myself because I was a bit of a drop. I don’t remember much of the second set. Also maybe I was dreaming today,” she told reporters.
“It’s very tough to say. I was going maybe for too much. In the end when I was playing really good, I was playing aggressive, I was going for my shots.
Maybe a few mistakes here and there.
“Then in the end she was quite solid from the baseline, took her chances, didn’t miss so much. It was dreamy second set to be fair.”
The world number five, however, managed to calm herself down in the decider and after an initial trade of service breaks she shifted gears, breaking Zarazua twice more to seal the victory on her first matchpoint.
Svitolina has now made the third round at Roland Garros for the sixth straight year and will next meet Russian Ekaterina Alexandrova, who defeated Australian Astra Sharma 6-3, 6-3. (Reuters)