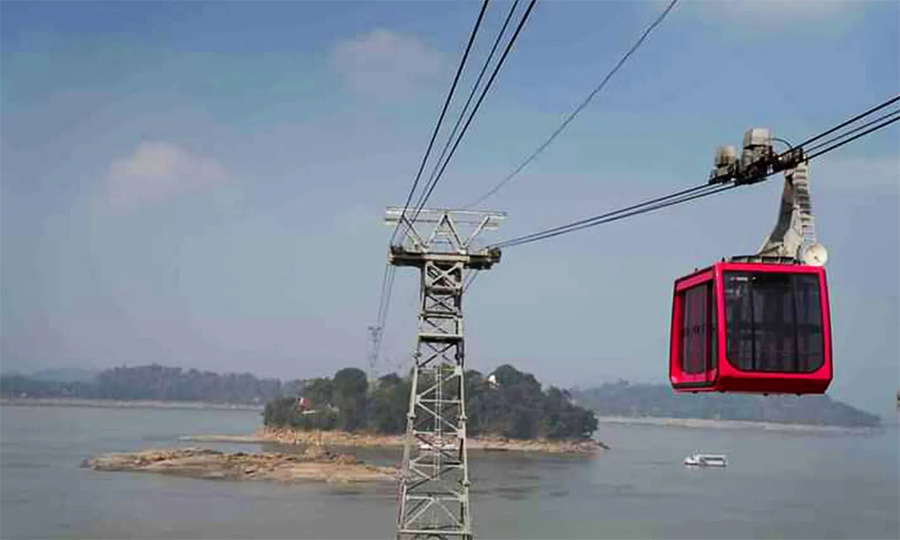 Guwahati, August 26: Two days after rolling out the country’s longest river ropeway, the project on Brahmaputra was shut down for public on Wednesday after it faced electrical problems in the main engine due to frequent voltage fluctuations.
A senior official of the Guwahati Metropolitan Development Authority (GMDA) said engineers are working on to rectify the problem as soon as possible.
“There were frequent voltage fluctuations in the last two days. This led to some electrical problems in the main engine of the system. So, we had to suspend the operations for the public,” the official said.
Since its launch on Monday, a total of 648 trips have been made between the northern and southern banks of Brahmaputra in Guwahati, he added.
“The engineers of the operator are working on the problem to fix it. They said that by tomorrow it is likely to be operational again,” the official said.
The 1.8 km long ropeway, built at an estimated cost of Rs 56.08 crore, is one of the most advanced and longest river crossing aerial tramway systems in the country.
Constructed by Samir Damodar Ropeways Pvt Ltd, which is a joint venture between GL Construction of Guwahati and Damodar Infra Ltd of Kolkata, the project has two cabins with a capacity of carrying 30 passengers in each. (PTI)