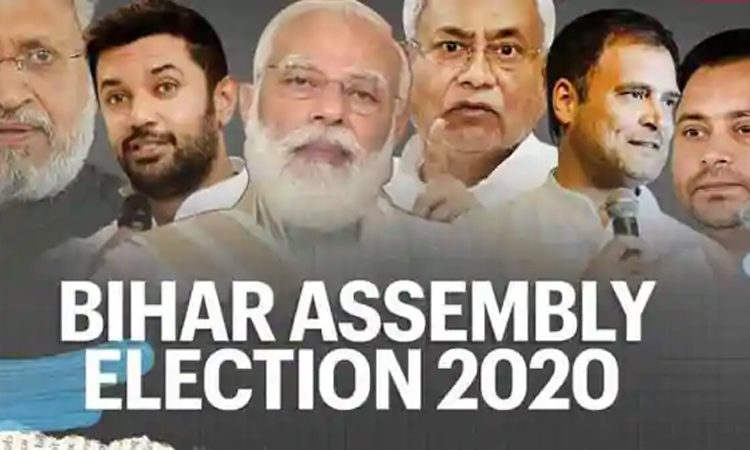 Patna, November 10: An edge of seat contest unfolded Tuesday night in Bihar as the ruling NDA appeared inching towards a simple majority in the 243-member assembly and the RJD-led opposition alliance giving it a run for its money.
Of the 170 results declared so far, 84 have gone in favour of the ruling coalition headed by Chief Minister Nitish Kumar and 79 to rival Grand Alliance.
NDA candidates were leading in 38 places and opposition nominees in 34.
If the present results and trends available are any indication of things to come, the NDA will end up with 122 seats, just the half-way mark required to form the government, and the opposition Mahagathbandhan 113.
Any slip-up at the last moment with throw up a hung assembly and bolster the RJD’s claim of being invited first to form the government being the single largest party.
However, it will depend on the governor whether he decides to invite the single largest party or the biggest pre-poll alliance to form the government first in the event of a hung House.
The RJD looks set to emerge as the single-largest party in the House with 77 seats, having won 55 and leading in 22.
The BJP, which has won 48 seats and is leading in 24, will finish second with 72 seats likely in its kitty.
The AIMIM of Hyderabad MP Asaduddin Owaisi has sprung a surprise, clinching four seats in the Seemanchal region having a large Muslim population and is leading in one seat.
Its Grand Democratic Secular Front (GDSF) ally, the BSP, has pocketed one seat.
Chirag Paswan’s LJP, which had walked out of the NDA just ahead of the polls and gone to the hustings alone, finally opened its account, winning just one seat. It is not leading in any of the seats where results are pending.
An Independent candidate also won. (PTI)