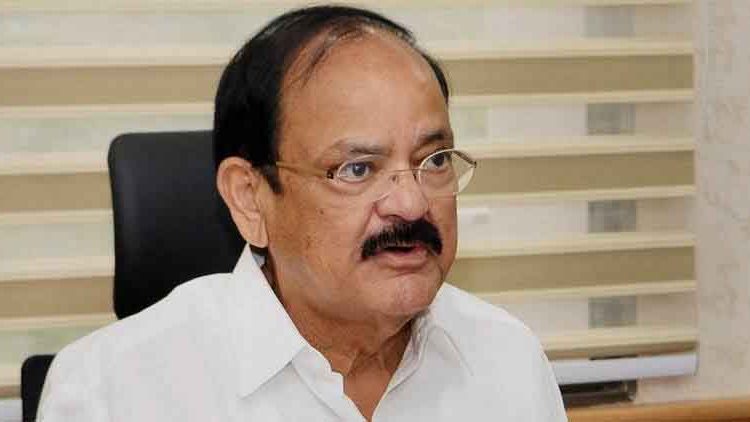 Raipur, December 27: The Indian economy would rebound in the future and the current slowdown was cyclical, Vice President M Venkaiah Naidu said at the 102nd annual conference of the Indian Economic Association here on Friday.
He said the economy was facing challenges due to decline in growth this fiscal, and asked the gathering to be optimistic about a turnaround.
“This conference is being organised in the backdrop of recent economic figures. It is true there are some challenges for the Indian economy…But I want to tell everyone there are ups and downs. But we must be optimistic.
We should not be pessimistic,” he said.
Naidu claimed the country had faced similar situations earlier in the wake of the East Asian financial crisis and global slowdown, but had bounced back with higher growth rates every time.
Moves like demonetisation, Goods and Services Tax, the Insolvency Code and steps taken against black money would make the economy “more robust and more resilient”, the VP said.
Naidu said over 66 lakh new taxpayers were registered under the GST regime since its launch and this indicated the rising trend of formalisation of the economy.
The problem of non-performing assets (NPAs) in the banking sector was being tackled, he added.
The VP said waivers and subsidies provided to the agriculture sector was “unsustainable” in the longer run, adding that “non-farm activities are equally crucial for the growth of the rural economy”.
Stressing on the Union government’s resolve to double farm income by 2022, Naidu said the rural economy has to be made sustainable and remunerative.
He said agricultural produce must have access to larger markets, storage and supply chains, and in-situ food processing sector must be encouraged in villages.
Speaking on “fiscal federalism”, which was one of the themes of the conference, Naidu said most states have managed to keep their fiscal deficit to around the permissible three per cent, but this had come at the cost of low capital expenditure.
“There has been a rise in committed liabilities towards payment of interest and pensions, thereby leaving only a small part of their (states) budget for capital expenditure on infrastructure development,” the VP pointed out.
He said distribution of wealth, as part of a welfare state, would require creation of wealth in the first place.
“The prime minister has given advice of reform, perform and transform. Transformation of the nation, not only wealth creation but to make peoples’ lives more comfortable.
He said aims like doubling farm income, making the economy a USD 5 trillion one and supplying piped water to all households would require resolute policy action, technology intervention, entrepreneurship and financial resources.
The World Bank, World Economic Forum, International Monetary Fund, Asian Development Bank etc are saying that if reforms are carried out with proper coordination between the Centre and states, India can become the third largest economy in the world, he said. (PTI)