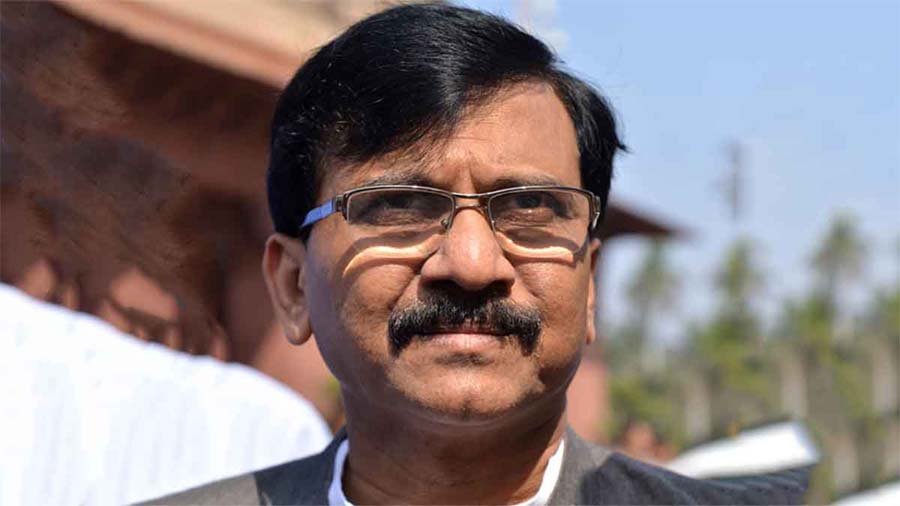 Mumbai, April 28: Shiv Sena MP Sanjay Raut on Wednesday said the economy, as well as social and political systems in India, are “collapsing” due to the COVID-19 upsurge which has set the country back by at least 20 years.
Speaking to reporters, Raut said India was defamed internationally due to the worsening COVID-19 scenario.

Hailing the “Mumbai model” and Chief Minister Uddhav Thackeray’s efforts to contain the spread of coronavirus, Raut called for the need to replicating this model elsewhere in the country.
“India has gone back by at least 20 years due to the pandemic. I don’t know how much forward it marched in the past 5-10 years, but the country’s economy and social and political systems have collapsed. Now only the struggle for existence is on. We will have to put up a big fight to stand up again,” the Sena spokesperson said.
He said the number of cases in Mumbai dipped due to the imposition of a lockdown, and added that efforts are on round-the-clock to bring the situation under control.
“CM Thackeray is monitoring the situation at village level too. State public health minister (Rajesh) Tope, Deputy Chief Minister (Ajit Pawar)…each person, be it in the government or administration, is working with a vigour,” Raut added.
Terming the COVID-19 situation in the country “serious”, Raut said some states didn’t conduct enough tests.
He said big states like Uttar Pradesh and Bihar have witnessed a sudden surge in COVID-19 cases, and West Bengal too is seeing a rise.
“But in a big city like Mumbai, we have seen, the numbers have gone down to nearly half. The reason is (in Maharashtra) the chief minister and the administration are monitoring whether machinery is working at village-level or not,” Raut added. (PTI)