New Delhi, April 29: In a letter to Union Minister Maneka Gandhi, the Election Commission (EC) on Monday strongly condemned the “impugned” statements made by her in election rallies in Sultanpur in Uttar Pradesh.
Canvassing for votes in Sultanpur, the union minister for women and child development had announced ‘ABCD’ grading of voters.
She said: “We win in Pilibhit every time, so what is the parameter that we work more for one village and less for the other. The parameter is that we segregate all villages as A, B, C, and D. The village where we get 80 per cent votes is A, the village in which we get 60 per cent is B, the village in which we get 50 per cent is C and the village where we get less than 50 per cent is D. The development work first happens in all A category villages. Then comes B and only after work in B is done, we start with C. So this is up to you whether you make it to A, B or C and no one should come in D because we all have come here to do good.”
Earlier, while addressing another rally in Sultanpur, Maneka Gandhi kicked off a major controversy when she told the Muslims to vote for her if they wanted her to get their work done after she wins from the constituency.
“This is important. I am winning. I am winning because of the love and support of people. But if my victory is without Muslims, dil khatta ho jayega (Things will become sour). Then when a Muslim comes to me for work, I will think ‘let it be’, how does it matter,” she was seen telling a small crowd of supporters.
In a 1.16-minute video of her speech that was shot Sultanpur’s Turabkhani area, Gandhi is seen telling the people, “It’s all give and take, isn’t it? We aren’t all sons of Mahatma Gandhi, are we? It’s not that we keep on giving and then losing in the election. This victory will happen with or without you. I have already won this election, now it is for you to decide (sic).”
Condemning the statements, the EC said Gandhi had violated the Model Code of Conduct by “appealing to caste and communal feelings” and “indulging in corrupt practices” which includes bribing and intimidation of voters.
It further warned her not to repeat such misconduct in future.
The EC had earlier banned Maneka Gandhi from campaigning for 48 hours for her controversial remarks.
The EC had also taken similar actions against Samajwadi Party (SP) leader Azam Khan, UP Chief Minister Yogi Adityanath and Bahujan Samaj Party (BSP) chief Mayawati. (Courtesy: TS) 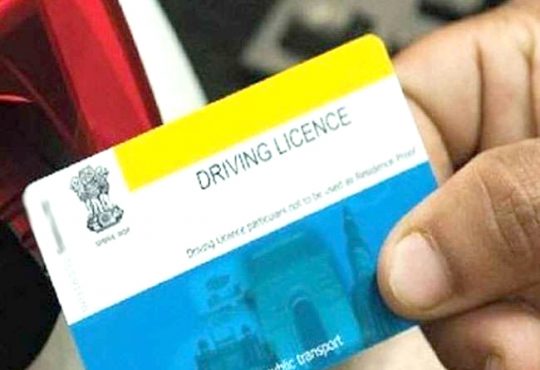