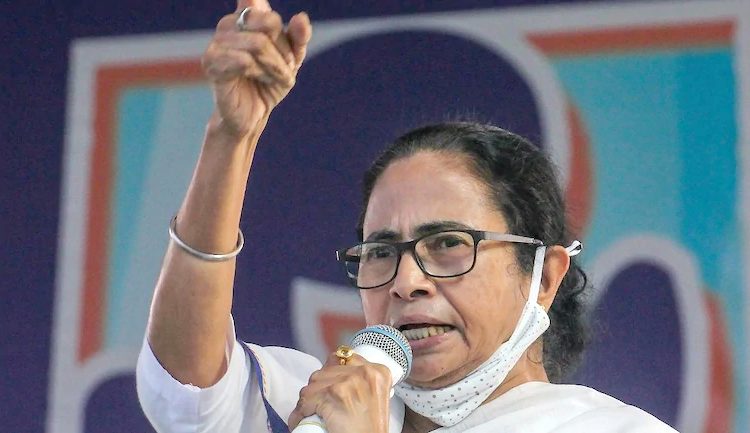 Domjur (WB), April 8: Asserting that she would continue to raise her voice against any attempt to divide voters on communal lines, West Bengal Chief Minister Mamata Banerjee on Thursday said that the Election Commission may serve 10 showcause notices on her but she won’t change her stance.

The poll panel had on Wednesday issued a notice to Banerjee for violating the model code of conduct, after she allegedly urged the Muslim community to vote en block for the TMC.
The TMC supremo, during her campaign in Domjur assembly seat, also sought to know why no complaint has been registered against BJP star campaigner and Prime Minister Narendra Modi, alleging that he often makes references to Hindu and Muslim votebanks while delivering speeches.
“You (EC) can issue 10 showcause notices to me but my reply will be the same. I will always speak against any division in Hindu, Muslim votes. I will always stand against division of voters along religious lines,” the TMC supremo said.
“Why is that no complaint has been filed against Narendra Modi, who every day talks about Hindu and Muslim (votebanks)? How many complaints have been lodged against those who had uttered the word ‘mini Pakistan’ during the Nandigram campaigns?” the CM said. (PTI)