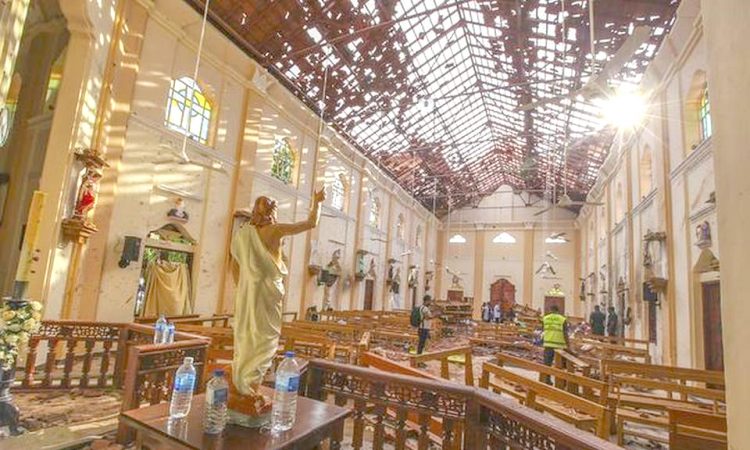 Colombo, April 27: The arrested former Sri Lankan minister Rishad Bathiyudeen and his brother would be detained for 90 days under the stiff anti-terrorism law to conduct further probe into their role in allegedly aiding and abetting the suicide bombers responsible for the deadly 2019 Easter Sunday attacks, police said on Tuesday.

Rishad, a former minister of Industry and Commerce and the leader of a minority Muslim party that is part of the main Opposition party, the Samagi Jana Balawegaya (SJB), and his brother Riyaj Bathiudeen were arrested on April 24 from their respective residences.
They were arrested after the scrutiny of bank accounts, cheque transactions and communication lines,” the senior deputy inspector general and the police spokesman Ajith Rohana said.
Rohana said the police investigations had focused on the close contacts of the suicide bombers who carried out the attacks at luxury hotels in Colombo and three churches. Some of them had maintained close contacts with the bombers,” Rohana said.
He said, 274 people were killed with 542 more being injured in the blasts. A total of 11 Indians were among the dead.
The attackers died but the police attention was on those who motivated them,” Rohana said.
He said a total of 702 persons were in custody with 202 of them being remanded. 83 more are being detained for questioning at the police’s CID and the Terrorism Investigation Division.
Rishad’s lawyers claimed that the arrest was politically motivated as the special presidential panel to probe the Easter Sunday attack had not named them for aiding and abetting Islamic extremists.
Nine suicide bombers, belonging to local Islamist extremist group National Thawheed Jamaat (NTJ) linked to ISIS, carried out a series of blasts that tore through three churches and as many luxury hotels in Sri Lanka on Easter Sunday on April 21, 2019.