Ease of doing business will ultimately lead to ease of living: PM Modi 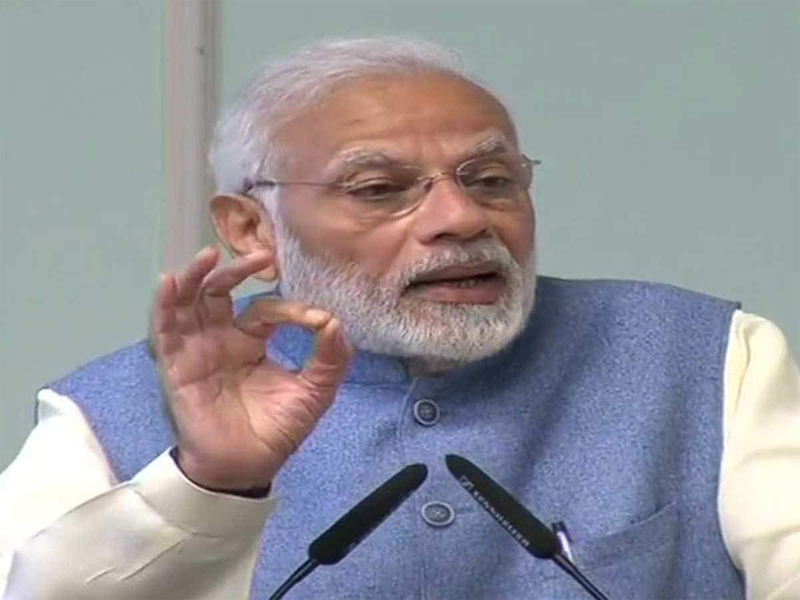 NEW DELHI, November 19: Prime Minister Narendra Modi on Monday said that India is just a few steps away from breaking into the top 50 on the World Bank’s ease of doing business index and added that the ultimate aim of ease of doing business is to improve the ease of living.
PM Modi was speaking after chairing a meeting ‘Reflections on Ease of Doing Business’ with top industrialists and policy makers to brainstorm on measures required to realise his vision of breaking into the top 50 club.
The Prime Minister also launched the ‘Ease of Doing Business Grand Challenge’, which seeks to invite innovative ideas from individuals, startups or other enterprises to implement AI, Big Data Analytics, Internet of Things (IOT), Blockchain and other cutting edge technologies for re-engineering related government processes.
The details of the challenge can be found on www.startupindia.gov.in.
Speaking at the meeting, PM Modi said the era of policy paralysis has ended and his government was giving policy-based governance that has helped catapult the country from 142nd rank among 190 nations on the World
Bank’s ease of doing business ranking in 2014 to 77th position this year.
“We are just a few steps away from breaking into the top 50 in the rankings. India has improved on 8 out of 10 markers,” he said. He added that efforts are on to develop the ranking system at the district level.
Listing various measures taken by his government, such as Insolvency & Bankruptcy Code, GST, note ban, economic offenders bill, Modi said that the Centre has successfully managed to crack down on corruption and improve tax filing in the country.
“From changing the laws to putting it all into practice, all these decisions were not easy to take. Yet, we managed to implement these reforms in a short span of time,” PM Modi said.
PM Modi added that India is now racing up in the world order. “Our country is on a path of reform and improvement. Global institutions such as the IMF and World Bank have acknowledged India’s rise,” he said.
“As per the analysis of Moody & World Economic Forum, the position of India has either gone up or is rising.
Now our efforts are to take India to the 5 trillion dollar club. To achieve this, we have to improve in all the sectors of the economy,” the Prime Minister said.
Union finance minister Arun Jaitley, who also spoke at the meeting, asserted that after all the processes set in motion by the government, there is a definite reason to believe that India can now crack into the top 50.
Industrialists like Anand Mahindra and Rakesh Bharti Mittal as well as top representatives from industry chambers CII, Ficci and Assocham, among others, shared their inputs and feedback for the roadmap required to move ahead in that direction.
Union ministers Suresh Prabhu, Harsh Vardhan and Hardeep Singh Puri also attended the event.
The meeting was organised by the Department of Industrial Policy and Promotion as the government gears up for India’s ranking to leapfrog on the ‘Doing Business’ index next year and boost the country’s investment attractiveness.
Four years of reform pushed up India’s rank to 100th in World Bank’s ‘Doing Business’ 2018 report. It was 130th in 2017 when India was ranked lower than Iran and Uganda.
In its annual ‘Doing Business’ 2019 report, India secured 77th position. New Zealand tops the list, followed by Singapore, Denmark and Hong Kong. The United States is placed at 8th and China ranked 46th. Neighbouring Pakistan is placed at 136.
India has improved its ranking by 53 positions in the last two years and 65 places in four years since 2014.
The World Bank ranks 190 countries based on 10 parameters, including starting a business, construction permits, getting electricity, getting credit, paying taxes, trade across borders, enforcing contracts, and resolving insolvency. (TNN/Agencies)