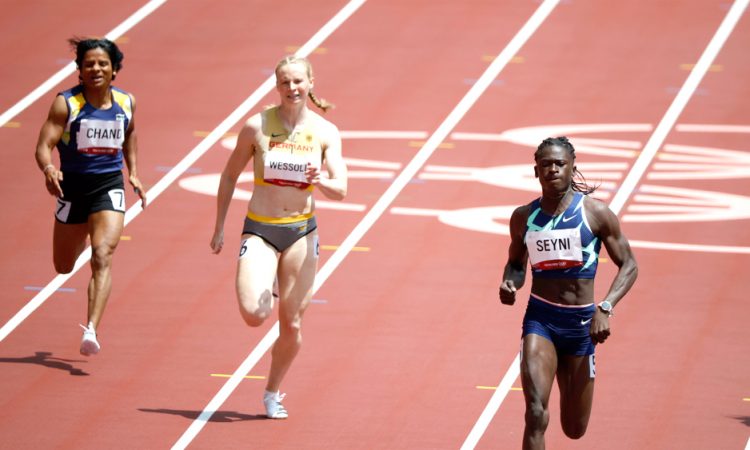 Tokyo, August 2: Sprinter Dutee Chand ran her season’s best in 200m but that was not enough for a semifinals berth as she made a disappointing exit from the Olympics after finishing last in her heat race here on Monday.

The 25-year-old Dutee, who had also crashed out of her pet event 100m in the first round, clocked 23.85 seconds to finish seventh and last in Heat 4.
Top three finishers from each of the seven heats and the next three fastest qualify for the semifinals.
She finished 38th overall out of 41 competitors to end her second Olympic campaign on a disappointing note.
She has a personal best of 23 seconds, which she had clocked while winning a silver at the 2018 Asian Games.
The Odisha runner had come to Tokyo Olympics with modest ambitions of at least reaching the semifinals considering the gulf in the timings between the top performers and herself. But even that ambition eluded her.
She had qualified for the 200m on the basis of her world rankings, unable to breach the automatic entry standard of 22.80 seconds.
Christine Mboma of Namibia, who won Dutee’s heat with a timing 22.11 seconds, topped the heats ahead of American Thomas Gabrielle (22.20), while the likes of Tokyo 100m gold winner Elaine Thompson-Herah (22.86) and silver medallist Shelly-Ann Fraser-Pryce (22.22) — both Jamaicans — made it to the semifinals at third and 16th respectively.
The biggest shock was that the 100m bronze medallist Shericka Jackson didn’t make it through to the semifinals. The Jamaican tried to take it easy in her heat, but eased off too much before the finish and eventually crossed the line in fourth. Her 23.26 was not enough to advance to the semifinals.
On Friday, Dutee had failed to progress to the semifinals of the women’s 100m event as well, finishing seventh in her heat and 45th overall with a timing of 11.54 seconds.
Dutee was nowhere near her best in the 100m heat race also as she ran well outside her national record of 11.17 seconds.
She had qualified for the Olympics on the basis of world rankings, unable to breach the automatic qualification mark of 11.15 seconds.

After the 100m heat race on Friday, Dutee had tweeted: “… I am sorry as I couldn’t stand to all your expectations. (PTI)