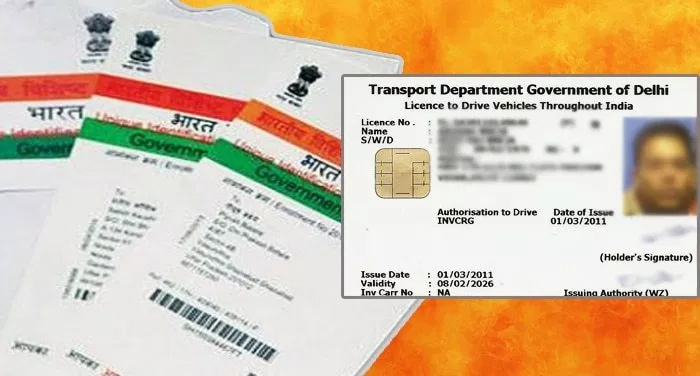 Phagwara, January 5: Stating that Aadhaar was the biggest transformation to verify the identity of any individual, Union law minister Ravi Shankar Prasad on Saturday said that the government is planning to link the Aadhaar with driving licence soon.
“We are going to make another big change in the law of which bill is pending in Parliament. Soon linking motor vehicle licenses with the Aadhaar will be mandatory,” Prasad said, describing the need for linking.
“Suppose, a drunk man killed four persons and fled from Punjab to any other state to get a duplicate licence issued using different identity. After linking Aadhaar, one can change the name but cannot change the biometrics. The moment one tries to get issued duplicate licence using a different identity, the system will immediately say the person is already having a licence,” he said.
Prasad was in Phagwara to preside over the Science Communicators’ meet organised as the part of an ongoing 106th edition of the five-day Indian Science Congress (ISC) on the theme ‘Future India: Science and Technology’ organised at Lovely Professional University (LPU) here.
The objective of this meet is to bring different science communicators together to discuss the development and optimum utilisation of existing and new media and arenas in order to strengthen the dialogue between the research community and the society.
Prasad said that under the Bharatnet policy, 2.5 lakh gram panchayats will be connected with optical fibre.
“The scheme was started in 2011 with name National Optical Fibre Network and in three years, the previous government had laid down only 358 kilometres optical fibre while in the last four years, we have laid down optical fibre in three lakh kilometres, linking one lakh gram panchayats. The remaining panchayats will be connected soon,” he said.
Applauding the role of innovations in communication technology, Prasad said that digital payments have surged eight fold in the last five years to Rs 2,070 crore.
“There has been 2,048% growth in Aadhaar enabled payment system transactions while transactions in UPI grew 1,500 times in the last 24 months,” he said.
Prasad said that Digital India has bridged the divide between urban and rural India. “India might have missed the industrial revolution and entrepreneurial revolution but India won’t miss the digital revolution,” he said. (Courtesy: HT)