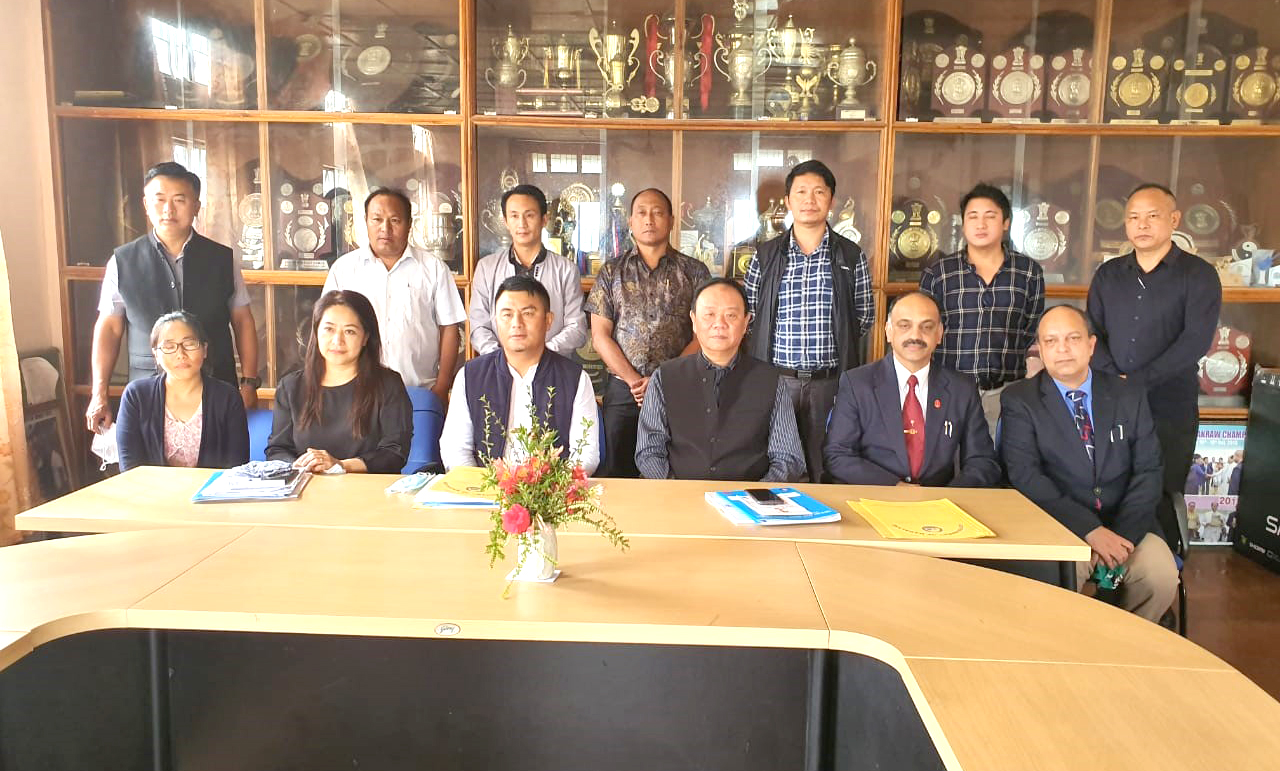 Kohima, September 4: The Department of Youth Resources and Sports today decided that the popular Dr T Ao Trophy for the year will be held depending on the COVID-19 pandemic situation.
The decision was taken in the First Coordination meeting of the Department of Youth Resources and Sports was held under the initiative of the Advisor Zale Neikha amidst the state government deciding to open up sporting activities while putting in place the Standard Operation Procedure (SOP).
The meeting reportedly dwelt at length on the feasibility aspect of holding Dr. T. Ao Trophy this year and considering the pros and cons, it decided that if situation doesn’t worsen, the tournament will be held keeping in mind the pandemic issue and the SOP given by the Government for the safety of the citizens from time to time.
In his opening address, Advisor Neikha welcomed the respective heads of YRS branches and spelt out that his intention of having the coordination meeting was update as to what actually is happening in the different branches of the department.
Stressed that such meetings would be held at regular intervals, he encouraged the officers to continue giving their best for the welfare of our people specially the youth.
Commissioner and Secretary YRS, Alun Hangsing also exhorted the gathering and lauded the Advisor for his concern for the overall growth of the department. He also shared about the composition of YRS and concerns regarding activities taken up and the way forward planned by the different Cells under YRS.
Youth Resources and Sports Department is a unique department with many components of both Centre and State which includes National Cadet Corps (NCC) of Army and Air wings, National Service Scheme (NSS), Nehru Yuva Kendra (NYK), Bharat Scouts and Guides (BSG) and Task Force for Music and Arts (TaFMA).
All the Cells presented their activities carried out till now during lockdown and their plan and vision for the remaining months of the year. They also expressed gratitude to the Advisor for giving his time to listen to all of them.
YRS Director YRS, Akumla Chuba chaired the meeting.
(Page News Service)