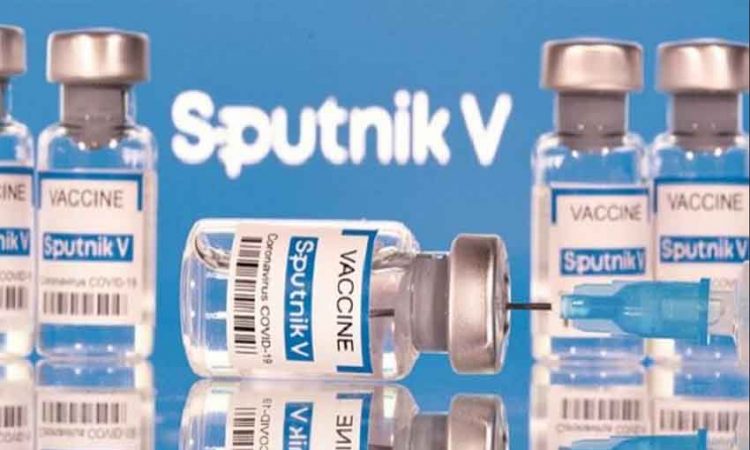 Hyderabad, May 14: Dr Reddy’s Laboratories on Friday soft-launched imported COVID-19 vaccine Sputnik V, with DeepakSapra, a senior executive of the drug-maker, taking the first shot here.
The vaccine is priced at Rs 948, with five per cent GST per dose (retail price of Rs 995.40).

The first consignment of imported doses of the Sputnik V vaccine from Russian Direct Investment Fund (RDIF) landed in India on May 1, and received regulatory clearance from the Central Drugs Laboratory, M V Ramana, CEO of Branded Markets (India and emerging Markets), Dr Reddy’s, told a press conference.
“The current prices are based on the imported price that we had from RDIF and we are in discussions with various State governments, though quantities have not been fixed…We are in discussions with RDIF and we have a commitment of, over the couple of months, 36 million doses that we are expecting to get from RDIF. I don’thave a very clear monthwise plan to share,” Ramana told reporters.
Justifying the price, the official said it was done based on its landing price and other expenses involved in bringing it to people.
He said the price may come down once local manufacturing starts.
RDIF has tie-ups with six Indian drug firms to manufacture the vaccine.
The two vaccines- Covaxin by Bharat Biotech and Serum Institute’s Covishield– which are currently used in the vaccination programme across the country – are priced at Rs 1,200 and Rs 600 per dose respectively to private hospitals.
By mid-June, Dr Reddy’s expects stocks for commercial sales from RDIF and the company is in discussions with a couple of State governments and the Centre for supply of the vaccine, he added.
“Local manufacturing is expected to give us the vaccine for commercial usage from July timeframe.. after that it will steadily ramp up over the next few months,” he said.
On launching the product, Sapra said the company would initially be looking tentativelyat 35 cities where cold chain facilities are available for launching the product and span out based on the infrastructure.
Sputnik V needs to be stored at -18 degrees centigrade, Sapra said.
On another vaccine Sputnik Light from RDIF, Sapra said the Russian organisation has submitted to Dr Reddy’s the interim results of the single dose vaccine’s trials which are being studied.
As soon as the vaccine completes the 42-day trial, Dr Reddy’s would approach the Indian regulators for necessary approvals.
On 2-deoxy-D-glucose (2-DG),an anti-COVID oral drug, developed by DRDO for emergency use as adjunct therapy in moderate to severe coronavirus patients, he said it is expected to be launched in mid-June.
The drug, which was approved by the Drugs Controller General of India, has been developed by Institute of Nuclear Medicine and Allied Sciences (INMAS), a leading laboratory of Defence Research and Development Organisation (DRDO), in collaboration with Dr Reddy’s Laboratories in Hyderabad. (PTI)