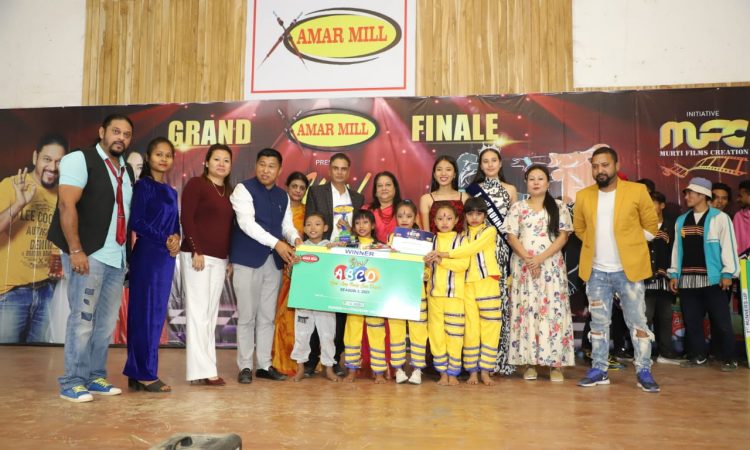 Dpower Group from Bokajan has emerged as the winner of YES! Anybody Can Dance Season 3. The grand finale, which was held on Sunday in the premises of Christian Hr. Sec. School, Dimapur had Zheito Chophy, ex-candidate of 36 A/C and CEC NPF as the special guest and Neena Dutta, principal of St. Mary’s Higher Secondary School as guest of honour.

Organised by actor Munna Yadav under the banner of Murti Films Creation and presented by Chhawi Kr Sethi’s Amar Mill, the third edition saw the participation of a total 32 participants/groups. However, due to the pandemic, four groups failed to be a part of it.
Ajay Das (Bokajan, Assam) and the Karbi Warrior (Dokmuka, Assam) were declared as first and second runners-up respectively. Piyush Sharma, who represented T-Series Stageworks Academy, Guwahati during the programme later announced that the academy would be mentoring the group Karbi Warriors free of cost for a month at Guwahati and prepare it for the upcoming national level competitions.
The finale was hosted by Miss Peren 2019 Gimlule and judged by Manas Barman and Gitashree Kohai. It also had a special appearance by Miss Dimapur 2019 first runner-up Lovi Awomi and a special number by Mendan Konyak, artist coordinator for Northeast India at Zero 9 Degree Music Company. (Page News Service)