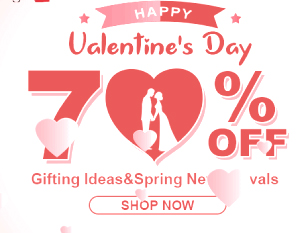 Mumbai, February 1: The Maharashtra police’s cyber wing on Monday cautioned people against falling for online ‘free coupons, gifts and cards’ frauds that get rampant in the run up to Valentine’s Day, celebrated every year on February 14.

The advisory comes in the wake of a social media hoax that a south Mumbai-based luxury hotel was giving coupons, gifts cards and free stay vouchers for Valentine’s Day, an official said.
The hotel chain had to issue a statement later saying such offers, circulating on social media and Whatsapp, were fake.
Such internet links promising freebies aim to capture personal details, which could be used to carry out online frauds, the cyber wing official warned. (PTI)