HomeWorldDonald Trump says Britain must get Brexit ‘carve out’ for US trade deal
World
3 years agoJuly 15, 2018No tags

Turnberry, July 15: Britain must ensure it is free to cut a trade deal with the US in its Brexit agreement with the EU, President Donald Trump said in an interview today.
Trump said he had told British Prime Minister Theresa May that London must get a “carve out” in whatever arrangement is struck with Brussels, so that a “great trade deal” could be struck.
May is facing a rebellion by Brexit hardliners against her proposals to retain strong trading ties with the European Union even after Britain leaves the bloc.
Trump, who is spending the last day of a four-day visit to Britain at his luxury Turnberry golf resort in southwest Scotland ahead of a summit with Russian President Vladimir Putin in Helsinki on Sunday, also revealed details of his meeting with Queen Elizabeth II, saying she thought Brexit was a “very complex problem”.
In an interview with the Daily Mail newspaper, Trump said Britain and the United States should be able to strike a “great trade deal” — if the final Brexit agreement leaves London free to do so.
“We would make a great deal with the United Kingdom because they have product that we like,” Trump said.
“I said (to May): ‘Make sure you have a carve out, you have to have a carve out’ — where no matter what happens they have the right to make a deal with the United States.
“You can’t be shut out because we’re much bigger than the European Union, we’re more important from that standpoint.” Trump met May at the prime minister’s Chequers country retreat for talks on Friday before meeting Queen Elizabeth for tea at Windsor Castle.
The sovereign is above politics and she does not reveal her personal views.
Trump said the pair discussed Brexit and “she said it’s a very — and she’s right — it’s a very complex problem, I think nobody had any idea how complex it was going to be,” he revealed, without going further.
Trump said Queen Elizabeth, 92, was a “fantastic woman”, adding: “up close, you see she’s so beautiful… and she’s got a lotta years left.” The president said he assumed Putin was ruthless, as he prepared to leave for Helsinki in advance of the summit.
“We could probably get along very well. Somebody said are you friends or enemies? I said well it’s too early to say but right now I say we’re competitors,” he said.
Trump took to the golf course on Saturday. Wearing a white baseball cap reading “USA”, he appeared to wave towards protesters chanting “No Trump, no KKK, no racist USA,” referring to the Ku Klux Klan white supremacist group.
The demonstrators, who had gathered on the nearby beach, climbed a hill to ensure the president could see them when he took to the golf course.
Trump earlier tweeted: “I have arrived in Scotland and will be at Trump Turnberry for two days of meetings, calls and hopefully, some golf — my primary form of exercise! The weather is beautiful, and this place is incredible!”
Besides the demonstrators at Turnberry, around 9,000 protesters gathered in Edinburgh, police said, adding that no arrests were made.
Giant balloons depicting Trump as an orange baby were flown at the demonstration.
“This is our six metre (19-foot) high inflatable of the president of United States as an orange skinned, angry baby with tiny, tiny hands and a constipated, malevolent expression on his face,” said “Trump babysitter” Leo Murray.
People held placards reading “Ex-pat for a reason”, “No place for Trump’s hate”, “Trump, racist warmonger, out!”, “Dump Trump”, “No trade with Trump” and “Trump kidnaps kids”.
A mass protest in London on Friday drew more than 250,000 people, organisers claimed.
Britain’s International Trade Secretary Liam Fox said the protesters were “an embarrassment to themselves”.
A demonstration in London on Saturday organised by British alt-right and pro-Trump campaigners led to 12 arrests for violence and public order offences, police said.
Scuffles broke out at one point as attendees — who chanted slogans including “We love you Donald” — passed a nearby anti-fascism protest. (AFP) 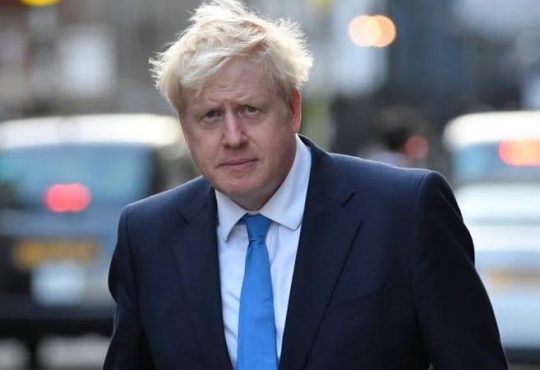 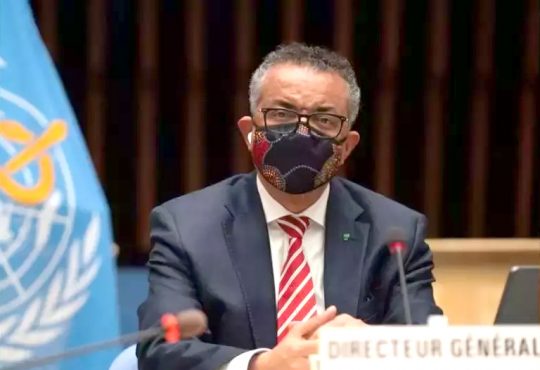