HomeWorld‘Don the Con’ trumped by his own administration which says election was the ‘most secure in American history’
World
3 weeks agoNovember 13, 2020BidenTrump 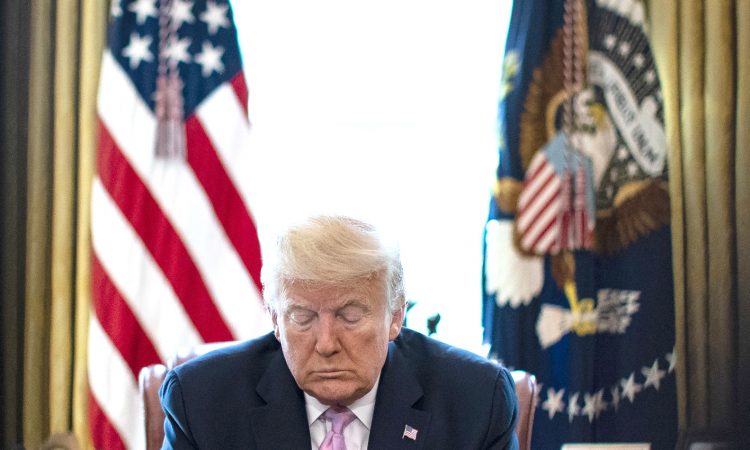 WASHINGTON, November 13: The Trump administration’s own federal agencies tasked with overseeing election security asserted on Thursday that the November 3 poll was the “most secure in American history,” and there was “no evidence” of fraud. Elsewhere, China and Pope Francis reached out to congratulate the Biden-Harris team, and AP called Arizona for Biden amid multiple legal setbacks for the defeated President.
But hunkered down in the White House, Donald Trump continued to insist he had won the election, tweeting wild conspiracy theories ridiculed by all except his own loyal base.
“Report: Dominion deleted 2.7 million Trump votes nationwide. Data analysis finds 221,000 Pennsylvania votes switched from President Trump to Biden.
941,000 Trump votes deleted. States using Dominion voting systems switched 435,000 votes from Trump to Biden,” he tweeted amid reports that Republican operatives are trying to get states with GOP legislatures where he lost narrowly to ignore the popular mandate for Biden and assign loyal electors to support him on grounds the election was flawed.
“These states in question should immediately be put in the Trump Win column.
Biden did not win, he lost by a lot!” Trump said in a tweet that was flagged for falsehood.
A more benign explanation for the defeated President’s cussed refusal to concede is that he is using the issue to rally his base so Republicans can at least win the two run-off elections in Georgia that could decide control of the Senate, while laying grounds for the mid-term Congressional elections in 2022 and a Presidential run in 2024. Leaks from the White House had unnamed aides indicating Trump is aware his strategem is failing and he plans to concede once states formally certify Biden as the winner, immediately announcing a 2024 run.
The biggest blow to Trump’s malevolent claim that the election was rigged came from the Department of Homeland Security’s Election Infrastructure Government Coordinating Council and the Cybersecurity and Infrastructure Security Agency, which said in a statement that “The November 3rd election was the most secure in American history,” and added in boldfaced type, “There is no evidence that any voting system deleted or lost votes, changed votes, or was in any way compromised.”
Meanwhile, the Trump team continued to face legal setbacks with judges throwing out frivolous charges of alleged voting fraud based on clerical errors and minor discrepencies that would not alter the final results. Elsewhere, another law firm representing Trump in a election malpractice lawsuit in Pennsylvania fled to withdraw from the case.
Several moderate Republican lawmakers too began peeling away from Trump, striking a delicate balance between respecting the verdict of the American people and the need to not antagonize a rabble-rouser whose help they will need to get re-elected. They couched their concession by supporting the demands that Biden should get classified briefings from the administration due to a President-elect, implicitly recognizing him as the winner in Presidential election.
“Like any apparent winner, he should have access to office space, federal employees, materials, supplies, whatever, but the standard assistance that the apparent winner receives. That doesn’t in any way preclude President Trump from pursuing his legal remedies if he believes there are irregularities, but it should not delay the transition, because we want the president-elect — assuming he prevails — to be ready on day one,” Maine Senator Susan Collins told reporters.
The flux in Washington nearly ten days after elections continued even as the US topped 160,000 Covid-19 cases per day — eight days after it hot the 100,000 per day mark — with death toll nearing 243,000. There is growing concern that the Biden-Harris team will inherit an out-of-control situation given Trump’s apparent inattention to the matter and the information blockade he has enforced on the transition team.
Some lawmakers have also said the embargo constitutes a national security risk for the U.S. at the geo-political level.
The defeated President, famously garrulous and camera-hungry, has not spoken in public in nearly a week and has made only one public appearance on Veteran’s Day and he considers his options. He is also tweeting much less these days. His daily schedule shows almost no events or official meetings, leading to charges of dereliction of duty. Withering commentaries in the mainstream media are characterising him as “Don the Con” who is lining his pockets before he is turfed out of the White House by history. (TNN)