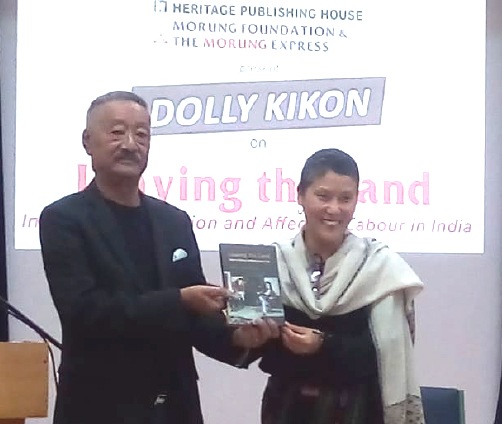 Dimapur, January 11: Convener of Forum for Naga Reconciliation (FNR), Dr Wati Aier today released Dolly Kikon and Bengt G. Karisson book, “Leaving the Land: Indigenous Migration and Affective Labour in India”, published by the Cambridge University Press at Don Bosco Institute for Development & Leadership, Dimapur. A large number of people from the print media, educationists, researchers and NGOs attended the launching of the book organised by Heritage Publishing House, Morung Foundation and the Morung Express.
Dr Wati Aier in his opening remarks delved deeply into the essence of the book which depicts the migration of Nagas to other cities and the continuing migrations thereafter.
Explaining the main outlines of her book second book, Dolly Kikon, senior lecturer in the Anthropology and Development Studies Program at the University of Melbourne said Naga society as of today is disengaged with literary passions as there is no time for reading. She said we need to inculcate the urge of reading literary and research papers to cope up with the present pace of development taking place in other parts of the world.
She said many of us have heard that the most brilliant minds amongst Nagas society has no time to write his/her thoughts on a paper; we just get to hear from him or her that everything is in his or her brains. “We need to bring out our thoughts too for the betterment of our people,” she emphasized.
Dolly said we need to look into our works with a political perspective. Citing Dimapur, she said Dimapur is one of the fastest growing cities and the migration here is more than double.
Students who have gone out to studies and for jobs are not willing return to their villages as the very village remains the same and he or she is not able to cope up after return. They aspire for a change and they have it out of the state. They do not wish to return to the Jhum cultivation lands, she remarked
On Naga youths working in other cities, she said we have large number of Naga youths working in beauty parlours, hospitality industries in other cities. “Are they gaining the right affective labour for their work? These are the serious questions we need to ponder,” she said.
“Just because of our looks we are employed outside in some industries”, she said and added that tribal identities affect the labour pattern of people from NE India.
Deliberating on her field work experience at Wokha while writing the book, Kikon said many Nagas in Wokha villages change their journey not to return back after finding that the village has nothing to provide to them to sustain their lives and so they go back to other cities for a better life.
Dolly Kikon also urged policy makers in the state to read books and strategize with the changing times.
She said research papers field work is most important and only in the fields one gets to know the actual pictures. She added that Nagas are not open to one another but they fancy a foreigner more and narrated her experience in the field where she was assumed as a maid servant by Nagas villagers and her the co author was given much privilege.
Later in the interactive session, questions on policy making, its working strategy, migration of Nagas and the use of the name Indigenous in her book were posed.
On intellectual community not coming up to solve people’s problems, she said we need to go back and introspect. Kikon said the Government has to recognize research works and to be more engaged with them. People here need to rise, she said.
“We need to think new and by thinking in that directions where solutions can be found we will be able to solve our problems.”
Bengt G. Karisson, the co author of the book, is a professor of Social Anthropology at Stockholm University.
(Page News Service) 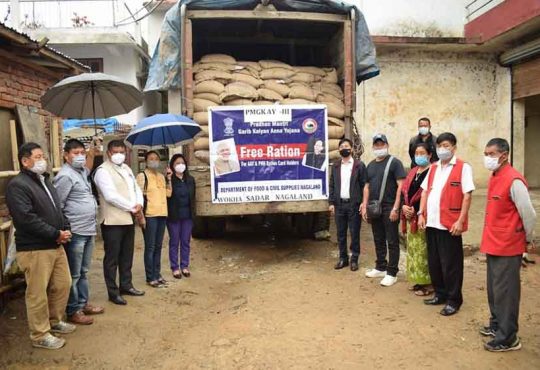