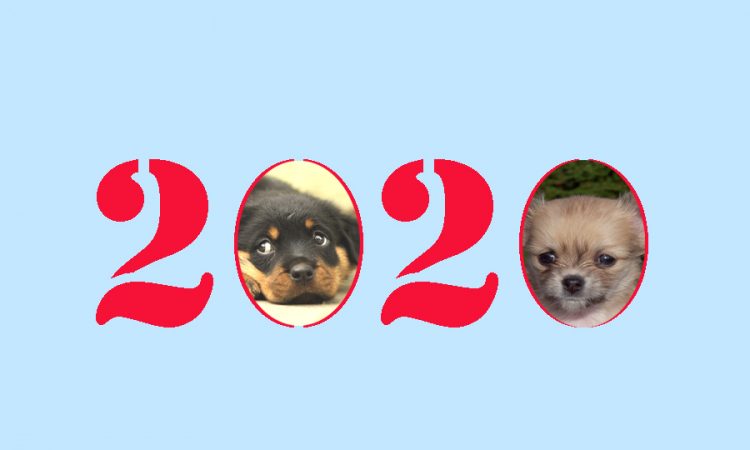 Kallol Dey
DIMAPUR, JANUARY 3: 2020 will be remembered as the most ‘rebarkable’ year for Nagaland – more barks than bites, but snarls aplenty. A year when dogs dictated discourse and diverted attention from labs; a year in which a virus compelled old dogs to learn new tricks to respond to the pandemic. 2020 was also a year when the State scampered to put a leash on information accessibility as the local watchdogs (journalists) showed teeth. And it was a year when the Naga issue devolved into a dogfight between Governor-cum-Interlocutor RN Ravi and the NSCN-IM, both trying to establish dominance and outmaneuver the other, albeit under restrains.

At a time when the world had its focus on battling the Coronavirus pandemic, Nagaland Government not only found the time but also acted with unprecedented swiftness to ban dog meat following demands by animal rights activists and Maneka Gandhi-led People for Animals (PFA) India. What followed the ban though bears significance in the case of Nagaland where people rather timidly tend to accept diktats. People involved in the business of dog meat filed a petition in the Gauhati High Court, and by November managed to get the Court to issue a stay order on the ban. The next hearing of the case is expected to be in January 2021. Meanwhile, Mumbai-based animal rights activist Hema Chaudhary came baring teeth and pawing into the debate over dog-meat consumption and became a household name in Nagaland. The Hema saga ended with her singing praises of the people of Nagaland.
The dog drama proved once again that Nagaland has yet to learn to pick its battles. As the State obsessed over the bark of a lone (animal rights) crusader, it failed to pay attention to an agonizing bite. Nagaland, its people, and its Government failed to make Maneka Gandhi or People for Animals apologize for their slanderous and misleading “Nagaland has eaten all its dogs” statement. Moreover, despite some strong-worded statements, there was no sustained discourse over whether people removed far from Nagaland could dictate food choices of the Nagas vis-à-vis the dog-meat consumption issue.
For Nagaland, 2020 will be the year to seriously reflect upon, as the pandemic showed the mirror to the people. The State’s response to the pandemic was marked by rabid-like behaviour – discriminating frontline workers like nurses and doctors, hounding individuals on mere suspicions of being exposed to to Coronavirus, and the vigilante-like conduct of some groups manning the entry to colonies, wards and villages.
Meanwhile the Nagaland Government, as usual, was dogged by controversy in 2020. Nothing caused more clamour in the locality than the time a certain Pankaj Gupta came snapping at Chief Minister Neiphiu Rio’s heels. Once the “activist” was arrested, the pack rallying behind him, and also whosoever was leading the pack, let out a few half hearted yelps but soon disbanded to pick on other bones. The unprecedented “viral” episode will go down as one of the highlights of 2020, more so because it showed that the people of Nagaland were learning to come together to protest. And yet it also showed the propensity of the people (particularly Netizens) to behave like hyperactive and easily-distracted puppies, rather than go after issues like the tenacious Pit Bull.
Let loose, and doggedly sniffing around, the National Investigation Agency (NIA) caused some alarm throughout the year. While the NIA’s sniffing and prowling seemed target-specific, sources disclosed that it had somewhat unsettled the Syndicate breed. But that didn’t excite the business community much as reports confirmed that systematic extortion and taxation continued unabated. Traders claimed that it was the Lockdown, and not the NIA, that had a more telling effect on extortion activities in the year that was.
2020 was also a year when confidential and classified memos and letters got leaked, the big one being the leak of the Governor’s “armed gangs” letter. An investigation into how the letter got leaked has yielded no results so far. A few yelps were heard here and there over the year on issues such as order to Government employees to declare relatives in UGs, and “suitcase bureaucrats” jibes by the NCS officers at their IAS counterparts.
The year that was had more than its share of growls and snarls – Big Dogs Governor RN Ravi and Lokayukta Uma Nath Singh both snapping at the Government of Nagaland and threatening Chief Minister Rio’s turf. Meanwhile, the BJP pack managed to survive the pandemic year despite all the infighting and bickering.
Nevertheless, despite the unprecedented global pandemic and further protraction of the protracted Indo-Naga talks, the year 2020 for Nagaland was not totally gone to the dogs. Among other positive outcomes, 2020 was ended on a high note with 3 Naga top dogs – motorist Lanusanen Pongener, Tennis player Lenien Jamir, and Equestrian Kekhriesilie Rio springing pleasant surprises in December. Of course, also in December Union Minister Nitin Gadkari inaugurated 15 National Highway projects in Nagaland but going by precedence, the joyous tail-wagging will be limited to but a few privileged. It was the year when Ganeshnagar – the first and only Special Economic Zone (SEZ) in North East India – finally made headlines; not for the expected economic reasons, but for how Nagaland Police transformed the defunct SEZ into NE’s biggest Quarantine Centre.
Though dogs almost stole the limelight, 2020 for Nagaland will aptly be known as the Year of the Medical with major revamp in healthcare infrastructure, and a gritty response by the medical fraternity. Of course, the infrastructure will be better off with the State Government in 2021 paying more attention to the woes of the National Health Mission employees, who form the backbone of the healthcare sector. 2020 saw NHM employees going on cease work at least thrice, with complaints of step-motherly treatment and delays in the release of salaries.

The Nagaland Government has also to be given its due credit for digging itself out of the initial mess and tidying up affairs of the State. Nagaland’s press/media played a major role in nudging the Government to put its house in order by digging up facts and figures – that too despite the Government putting a tight leash on access to information. 2020 will be remembered for the year that journalism in Nagaland delivered.
Lastly, the doggone year will be remembered as the year when Nagaland reinvented a new Lockdown version of the popular children’s game Cops and Robbers. It will not evoke fond memories for most, but ‘Cops and Doctors’ did make major headlines in 2020.