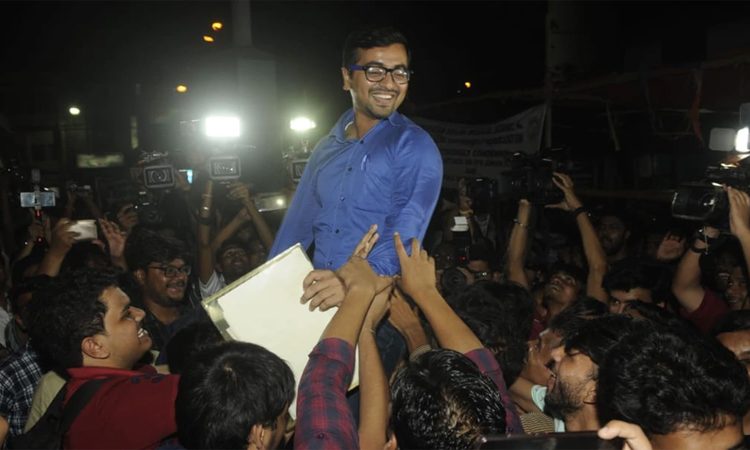 Kolkata, June 17: Juniors doctors whose week-long cease-work crippled state-run health services in West Bengal, called off the strike after a 90-minute meeting with chief minister Mamata Banerjee on Monday during which she assured them of addressing all their security concerns.
“We are withdrawing our agitation. The chief minister has said that there will be zero tolerance to assault on doctors. We will resume work from tomorrow. I am urging all agitating doctors to return to work as soon as possible,” one of the agitators told the media in the evening.
The agitators said that they would try to restore services Monday night itself, if possible.
The doctors said they along with the government will review the situation a few days later on the steps decided at the meeting.
“We will give the government some time to implement the steps decided at the meeting,” the doctors said.
Among the steps decided in the meeting were adequate police protection at state-run hospitals, restricting the entry of persons with a patient to two, installation of collapsible gates in front of emergency sections to restrict the unchecked entry of people in hospital premises.
As many as 31 representatives from the state’s medical colleges and hospitals and dental colleges attended the meeting.
At the end of the meeting which was telecast live at the insistence of the agitators, the chief minister urged the junior doctors to resume services.
Many agitating doctors, who watched the meeting on TV, began celebrating after the meeting.
After the discussion, the chief minister went to Institute of Neurosciences to see the injured junior doctor Paribaha Mukherjee.
“It is our duty to ensure that the incident (beating up of doctors) is not repeated. We treat doctors as God,” said the chief minister, who also said that the meeting was fruitful.
Though the chief minister said, “I am assuming that the cease work is being called off,” Archisman Bhattacharya, speaking on behalf of the agitators of N R S Medical College and Hospital said, “Please allow us to inform our colleagues and announce our decision there.”
The agitation of the junior doctors since Tuesday almost crippled state-run healthcare services in Bengal. Outpatients’ department that witness more than 90% of the footfall of patients in any hospital was closed, while, in some cases, even emergency services collapsed.
Even radiological and pathological services were severely affected. Indoor services, too, were affected, since the number of senior doctors was inadequate to fill the gap left by the agitating junior doctors.
“The concerns are genuine. We have to implement them,” chief minister Banerje told the officers present in the meeting to take up the points for implementation.
Officials present in the meeting included the chief secretary, health secretary, home secretary, director general of police, Kolkata Police commissioner, additional director general (law and order).
Junior health minister Chandrima Bhattacharya was also present at the meeting.
Incidentally, both the departments at the center of the controversy, health, and police, are handled by chief minister Mamata Banerjee herself.
The agitation that began on Monday night at Kolkata’s N?R S Medical College and Hospital had spread beyond Bengal across 17 states and Union Territories during the week.
Senior doctors joined the agitation and on Friday and Saturday, more than 700 of them submitted letters to the authorities expressing their intention to resign.
On Saturday, the agitators had turned down the request of the chief minister to meet her at 5 pm at the state secretariat doubting the “objectivity and safety of talks with a handful of our representatives behind closed doors.”
On Saturday evening, the chief minister held a press conference with the chief secretary saying that the administration has decided to address all the safety and security-related concerns of the junior doctors.
The chief minister also said that her doors were always open for negotiation.
Over the past few days, Mamata Banerjee had sent her junior health minister, director of medical education and Kolkata Police commissioner to speak to the agitators, but to no avail. Five veteran doctors of the state had also tried to mediate, but without success. (Courtesy: HT)