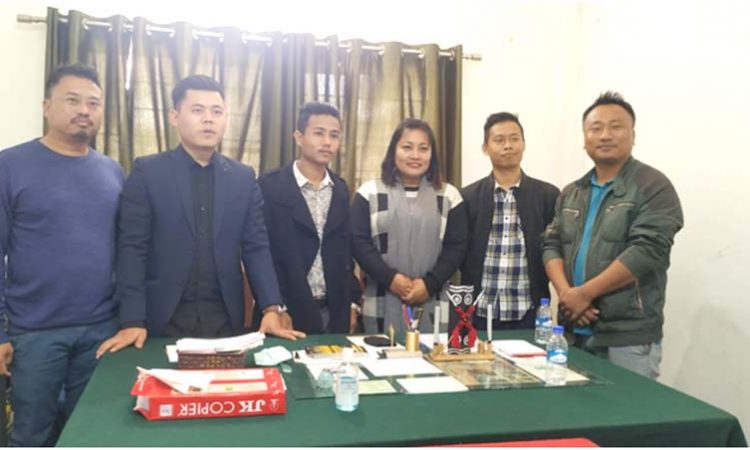 Dimapur, January 29: The Diphupar Naga Students’ Union has decided to organize this year’s ‘B&K Memorial Awards’ ceremony virtually in view of the ongoing pandemic without the physical presence of the awardees as well as delegates from outside the Diphupar Village.

Informing media persons at the office of the union here at Diphupar about the changes in the third edition of the awards cum 4th death anniversary candle light vigil, DNSU Tribunal General N Pitovi Achumi said that unlike the other years, the event this time would not be taking place at the Diphupar Local Ground but instead it will be organized at the village gate with limited people.
He cleared that the intention of the awards was never to judge and award the best but to recognize people for their contribution to the society.
President of the union, Mhasizolie Angami mentioned that late Bendangnungsang Longkumer and late Er. Khriesavizo Metha, in whose memory the awards are given, laid down their lives and contributed to the Naga society in a movement which wasn’t restricted to a village but belonged to all Nagas.
DNSU General Secretary, Nuvelu Puro and other executive members of the union were also present during the interaction.
Through the annual awards, the union recognizes contribution made towards the Naga society by individuals and organizations. The awards were commissioned in memory of the two youths who were killed during the Urban Local Body (ULB) election imbroglio in 2017.
A total of 10 awardees would be recognized this year from different professions in recognition of the impact and service rendered in different categories which include Special Mention, Music, Literature, Humanitarian, Entrepreneur, Promoter, Sports, Young Achiever, Art, and Green Award.
The function is scheduled to take place on January 31 from 5 p.m. onwards. (Page News Service)