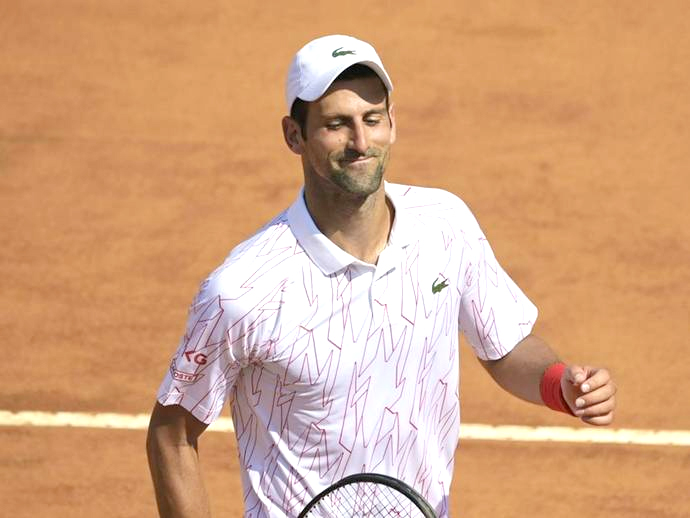 Men's singles world number one Novak Djokovic in action at the Italian Open in Rome on Wednesday. - GETTY IMAGES

ROME, September 16: Novak Djokovic got off to a winning start at the Italian Open on Wednesday, advancing to the third round of the clay-court tournament in his first match since his US Open disqualification earlier this month.
The world number one, the recipient of a first round bye in Rome, eased past Italian wild card entry Salvatore Caruso 6-3, 6-2 at the Foro Italico.
Four-time Rome winner Djokovic will next play either fellow Serb Filip Krajinovic or Italian qualifier Marco Cecchinato for a place in the quarter-finals.
Djokovic was unbeaten in 2020 before his dramatic last 16 default in New York on September 6 after he accidently struck a line judge with a ball hit in frustration.
Nine-time Rome winner Rafael Nadal will make his return to competition later on Wednesday after a six-month hiatus linked to the coronaviruspandemic.
The number two seed plays fellow Spaniard Pablo Carreno, a recent semifinalist of the US Open, for a place in the third round.
Sixth seeded Belgian David Goffin lost his second round match 6-2, 6-2 to Croatia’s Marin Cilic in the final tune-up for the French Open in Roland Garros from September 27. (AFP)