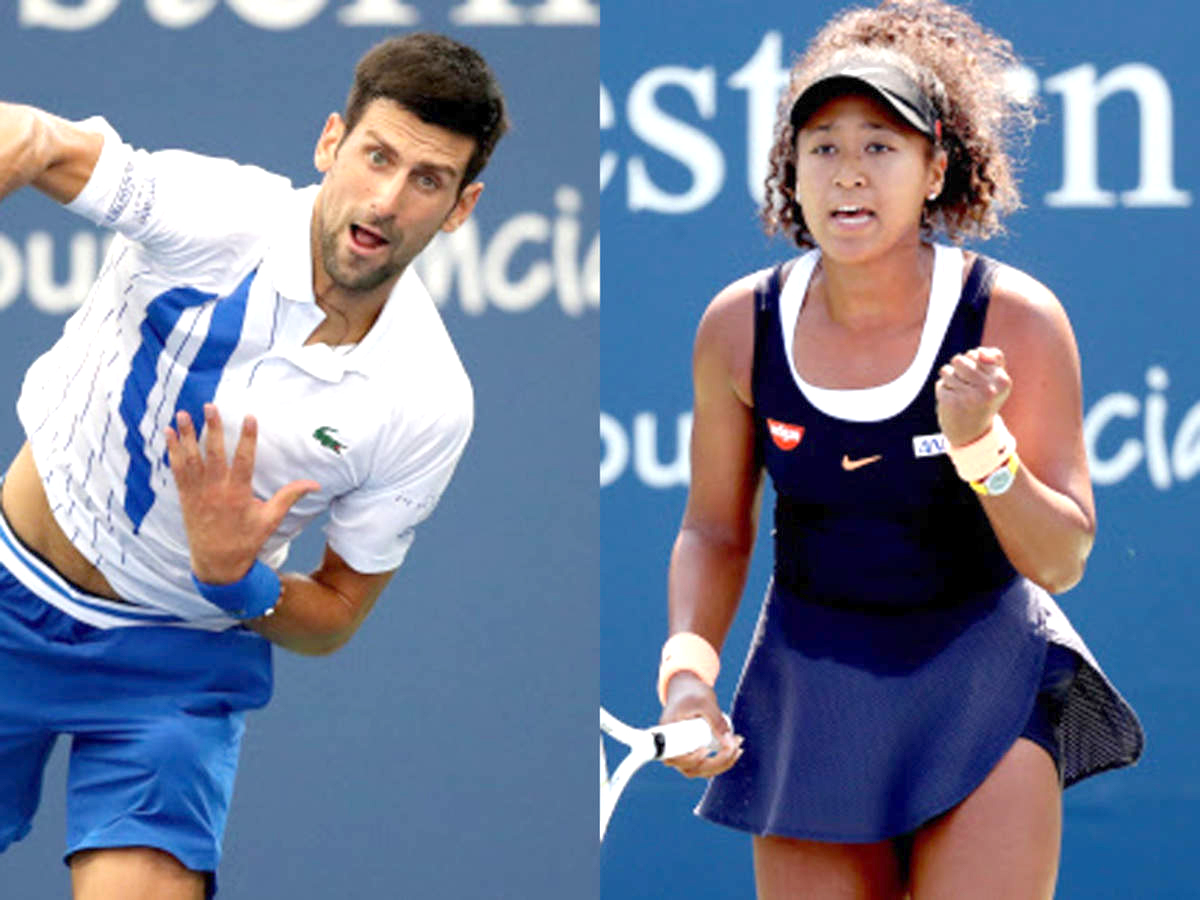 NEW YORK, August 31: Former champions Novak Djokovic and Naomi Osaka headline Day One at the US Open on Monday, as an unusual calm settled over Flushing Meadows for the first Grand Slam event since the coronavirus outbreak.
Djokovic and Osaka, who won the singles titles in 2018, will compete in prime time starting at 7pm ET (2300 GMT), a marquee lineup that – under normal circumstances – would see thousands of fans pack under the lights of Arthur Ashe Stadium.
Instead, the stands will sit empty, with players living in quarantine.
World number one Djokovic will play Bosnian Damir Dzumhur as he begins his bid for an 18th Grand Slam title, while fourth-seeded Osaka takes on her Japanese compatriot Misaki Doi.
Donning masks and lugging rackets over their shoulders, the handful of authorized attendees trickled into the Billie Jean King National Tennis Center in unseasonably cool weather as the curtain raised on a US Open unlike any before.
The COVID-19 crisis has already had an impact on the tournament, with one player dropping out on Sunday after testing positive before the event began.
Many top players, including reigning champion Rafa Nadal and world number one Ash Barty, opted not to compete due to health and safety concerns.
The depleted field will also be without last year’s champion Bianca Andreescu of Canada, world number two Simona Halep, and 20-times Grand Slam winner Roger Federer.
That could leave room for younger male contenders looking to win their first Grand Slam.
German 23-year-old fifth seed Alexander Zverev competes in the first round against South African Kevin Anderson on Monday while 22-year-old Stefanos Tsitsipas of Greece faces Spain’s Albert Ramos-Vinolas.
On the women’s side, top seed Karolina Pliskova, who has 16 WTA career titles but has struggled to make an impact in the majors, begins her quest for a maiden Grand Slam title when she meets Ukraine’s Anhelina Kalinina in early action on Ashe. (Reuters)