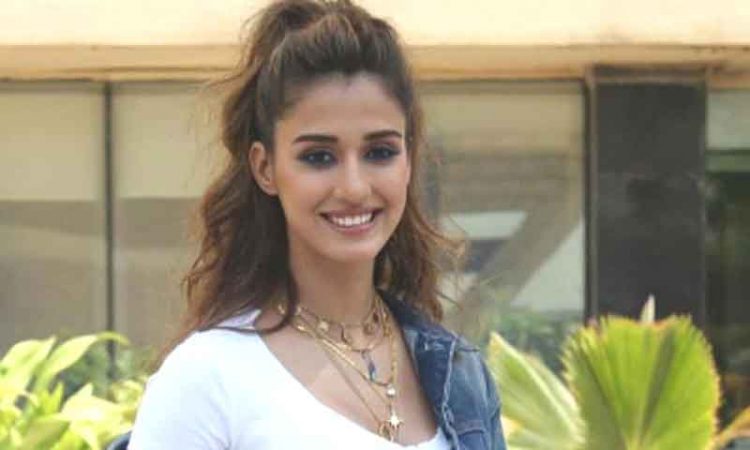 Actors Disha Patani and Tiger Shroff are rumoured to be dating since many years but the two are yet to confirm it. The two continue to call each other a friend despite getting regularly spotted on lunch and dinner dates. Disha recently opened up about Tiger and how she is yet to impress him.
Disha is currently busy with the promotions of her next film, Bharat and didn’t mince words on being asked about her relationship with Tiger during her interview with Bollywood Hungama. Disha took a question from a Twitter user who asked, “Why don’t you both accept your relationship? People love you both as a couple.”
Disha confidently replied to the question, “I’ve been trying for so long, it’s been so many years and I’ve been trying to impress him. Now I’ve done this film Bharat where I’m doing all these stunts and I thought maybe he’ll get impressed but no luck. Yeah, we go to eat but that doesn’t mean he’s impressed, not like that like the crush impressed; but he likes everybody’s pictures like that. You must speak to him the next time. He’s shy and I’m shy so nobody’s breaking the ice.”
Disha and Tiger were seen at a restaurant in Bandra on yet another dinner date. Both were twinning in black athleisure wear.
Disha will now be seen as trapeze artist Radha in Salman Khan’s big budget film, Bharat. She is even seen dancing alongside him in a yellow sari in the song, Slow Motion. The film stars Katrina Kaif as the female lead along with Jackie Shroff, Sunil Grover and Sonali Kulkarni.
Tiger is currently working on Siddharth Anand’s next with Hrithik Roshan. He will then be seen in the Hindi remake of Sylvester Stallone’s Hollywood film Rambo. His latest release Student of the Year got an average response at the box office amid mixed reviews.