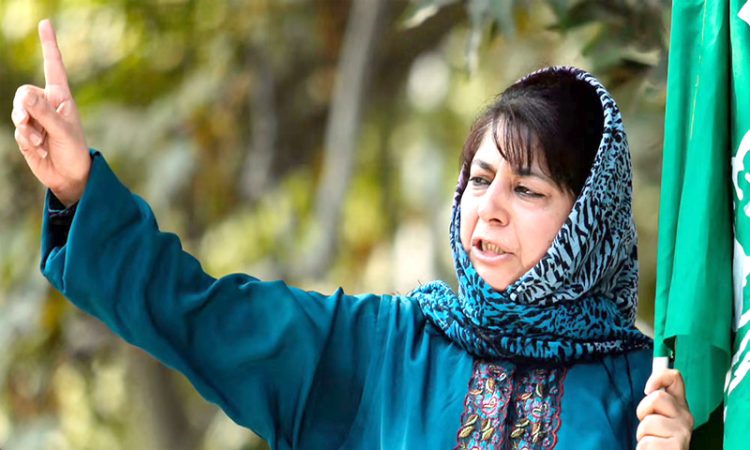 Srinagar, November 17: PDP president Mehbooba Mufti on Tuesday said it was disconcerting to see nomads being “harassed and displaced” across Jammu and Kashmir and sought Lieutenant Governor Manoj Sinha’s intervention to ensure that this stops.
On Monday, Mehbooba visited the upper reaches of Pahalgam in south Kashmir’s Anantnag district and met people whose ‘Dhoks’ (temporary shelters) were demolished by authorities as part of an anti-encroachment drive.
During her visit, she warned the government against evicting the members of Gujjar-Bakerwal community from forest areas in Jammu and Kashmir, saying the consequences will be dangerous if they are harassed.
In a tweet on Tuesday, Mehbooba said, “Disconcerting to see nomads across J&K being harassed & displaced. They’ve been the rightful inhabitants & are now being evicted on discriminatory grounds. Kindly intervene @manojsinha_ & ensure that this stops.”
On Monday, the Peoples’ Democratic Party (PDP) chief had also alleged that the Centre has failed to implement the Forest Act which could have protected the Gujjar-Bakerwal community. (PTI)