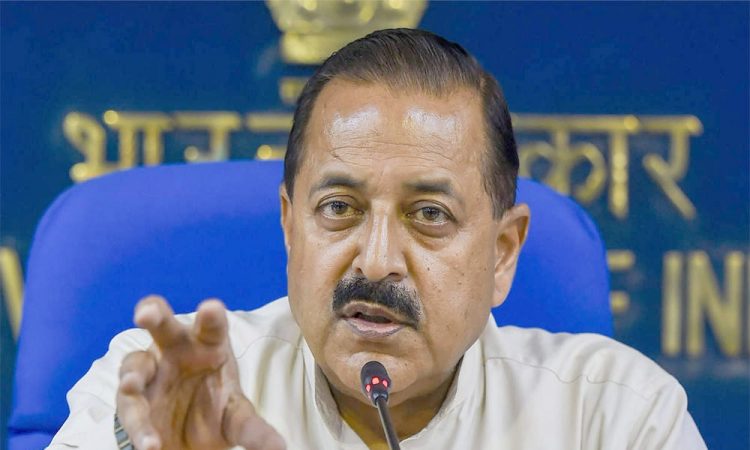 New Delhi, May 9: The northeastern region, which has traditionally been disciplined, has emerged as the model of coronavirus management and the rest of the country should emulate it, Union minister Jitendra Singh said on Saturday.
He said people in the eight northeastern states – Sikkim, Arunachal Pradesh, Mizoram, Manipur, Meghalaya, Nagaland, Tripura and Assam – have been following the lockdown-related guidelines in letter and spirit.
“By tradition and by lifestyle, people of northeastern region are civilised and disciplined. That is why they could very easily follow the lockdown guidelines. There has been no problem in ensuring implementation of the lockdown-related guidelines there,” Singh told PTI.
He said within six years of the Modi government, the northeastern region has emerged as the model for development for the entire country.
“Similarly, during the lockdown due to COVID-19, entire northeast has become model for the whole country to emulate it,” he said, adding that the way people are adhering to these guidelines is commendable.
Singh said five out of eight northeastern states are free from this deadly virus now and Sikkim never had a single case throughout.
“The spread of the deadly virus in the northeastern region by far has been contained by the support of people and the administration. There has been day-to-day monitoring of the situation at the micro and macro level both by the state government and by the Ministry of Development of North Eastern Region (DoNER),” the minister said.
Singh, who holds multiple portfolios, including the Minister of State in the Prime Minister’s Office and in DoNER, praised the work being done by women self-help groups in the northeastern region.
“There has been a rich tradition of women self-help groups in the northeastern region. These women help groups have been making masks for people. These masks are such creative and filled with colours that they can go with almost all kinds of clothes,” he said.
Singh said there is no shortage of essential commodities and medical equipment in the entire northeastern region.
“Prime Minister Narendra Modi’s scientific approach towards managing difficult situations guided us to ensure that there is no shortage of essential goods in the northeast, which is geographically important to the nation,” he said.
He said 350 tonnes of necessary goods have been delivered so far in the northeastern region via air cargo.
Singh said the first flight carrying such goods landed there as early as March 30 to ensure that people living in the remote corner of the country do not face any shortage of daily needs.
“I can say very confidently that the whole northeastern region is guiding the entire nation in the efficient ways to contain the pandemic,” he said.
To a question on reports that the Centre was considering reduction in pension, he said these were “manufactured news”.
“Why would the central government think to take such a step that too with pensioners? It is all manufactured news. People with vested interest are using it. There has been no thinking by the government on either stoppage or reduction of pension,” he clarified.
Singh said there also has been manufactured news about the Centre’s move to reduce the age of retirement of central government employees from the existing 60 years, which is “entirely incorrect”.
“There is no move to reduce the retirement age of the central government employees,” said the minister of state for personnel.
There are 48.34 lakh central government employees and 65.26 lakh pensioners. (PTI)