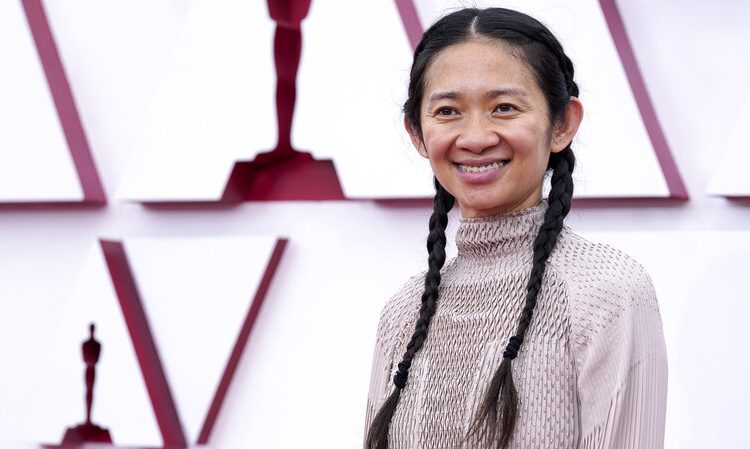 Chloe Zhao, who won Best Pic ture and Best Director at the 93rd Academy Awards, is now working on her next film, Marvel’s Eternals. After making history with her win, she is all set to release her big-budget project later this year.

The Eternals will explore the eponymous alien immortals, who have stood in opposition to Deviants like Thanos for millions of years. The film is written by Matthew and Ryan Firpo, stars a dream ensemble with names like Richard Madden, Gemma Chan, Kumail Nanjiani, Lauren Ridloff, Brian Tyree Henry, Salma Hayek, Lia McHugh, Don Lee, Barry Keoghan, Angelina Jolie, and Kit Harington.
The film depicts the Eternals coming together to protect the Earth from the Deviants.
While speaking to Variety, the Oscar-winning filmmaker recently explained her experience while directing an MCU movie. She said, “It’s just been such an incredible experience working with the team at Marvel. I want to be careful saying ‘my vision’, even though I do want people to know they did support what I wanted to do. I want people to know that. But I also want to make sure they know that I got the support of this incredibly talented team, some of the most talented artists in the world. And it really is a village to make this film, but they did let me lead.”
Zhao also opened up about working with such a huge cast and crew, which must have been a new experience for an indie filmmaker like her who is used to much smaller crews.
“Props to Marvel — from early on, they knew the way I wanted to make this film, how I wanted to shoot. It can’t be hundreds of people standing around. So they very much adapted how to run the set the way that I wanted to work. I’m still surrounded by 25 people. They just have armies, and each of them knew they needed to keep the army away,” Zhao said. Eternals releases on November 5.