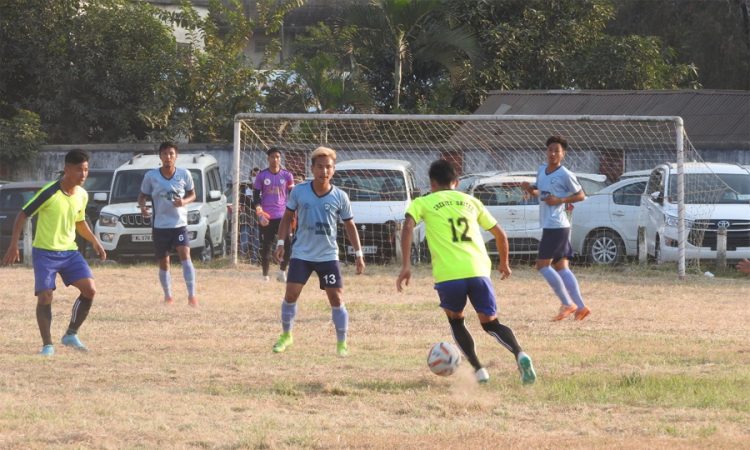 The match ended in a draw in the play time with no goals scored from both teams. During the penalty shoot out Diphupar FC edged past Chekiye United with 5 goals to 4.
Earlier, speaking as the Chief Guest during the closing ceremony, Advisor of Power, Tovihoto Ayemi said that Nagas have inborn talents but those talents need to be polished and if the youths be a little sincere, determined, disciplined and do regular practice, they have in them everything to make it big.
Applauding Kevilhulie Zakiesato, Tove Zhimomi, Hitova Ayemi, Wonito Zhimoni and Inonito Zhimomi for creating the platform for young Nagas through the league, Ayemi said that a person can be good at anything but all talents need platforms and the league is one such platform amidst a pandemic when there is so much uncertainty which has brought so many things at standstill.
He also assured in his speech that the PDA Government has never displayed negligence when it comes to sports and rather it is very much interested in the development of sports in the state.
DDL, powered by Ayida Honda Motors, Naharbari had started in the month of October this year and ten teams were part of the first season.
(Page News Service)