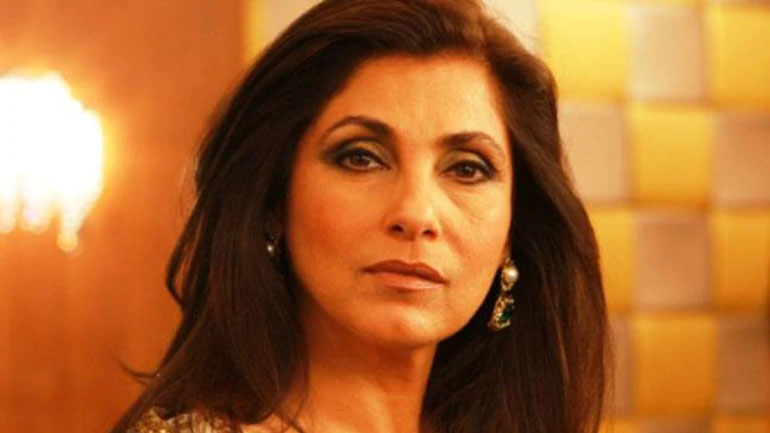 Actress Dimple Kapadia dismissed rumours about being hospitalised and told news agency IANS that she is “alive and kicking.” In an interview with the news agency, the actress said that her mother Betty Kapadia has been hospitalised but added that her health has improved now. The hospitalisation rumours surfaced on the Internet after Twinkle Khanna was spotted outside a hospital in Mumbai on Saturday, thus making many to believe that her mother has been hospitalised. However, denying the rumours, Dimple Kapadia told IANS: “I am alive and kicking. It’s my mother who has been hospitalised. I don’t want to talk about it. My mother is doing fine. She is better now. I need all the prayers and best wishes.”
Dimple Kapadia marked her presence in Bollywood with her 1973 debut film Bobby, in which she shared screen space with Rishi Kapoor. Dimple was just 16 at that time. She went on to feature in several super-hits such as Saagar, Ram Lakhan, Dil Chahta Hai, Aitbaar, Drishti, Kaash, Finding Nanny, Rudaali among others. The actress even won the National Film Award for the Best Actress for her role in Rudaali.
Last seen in Anees Bazmee’s Welcome Back, Dimple Kapadia is now prepping for Hollywood filmmaker Christopher Nolan’s action drama Tenet, which also features features Robert Pattinson, John David, Elizabeth Debicki, Aaron Taylor-Johnson, Clemence Poesy, Michael Caine, Kenneth Branagh and Himesh Patel. Tenet, which is a high-octane action espionage drama, will extensively be shot across seven countries. It is expected to open in theatres in July next year.