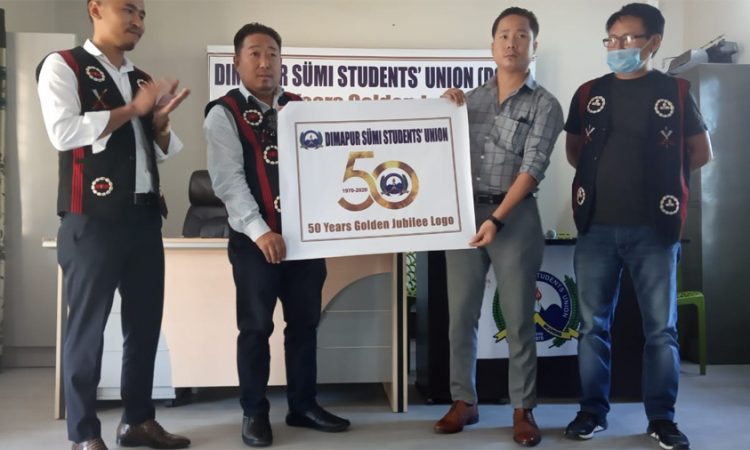 Dimapur, November 14: Dimapur Sumi Students’ Union (DSSU) will celebrate its Golden Jubilee on December 5 on the theme, ‘Defining the past, Reimagining the future.”
Interacting with media persons, Bohoi K Yeptho, Convenor of the Planning Committee disclosed that preparations for the Golden Jubilee have started and different committees have been formed to carry out its respective functions. Highlighting about the upcoming event, he said that the event will consist of about 100 people, following the SOPs and guidelines provided by the District Administration.
Co-convenor of Finance Committee, Omega Yepthomi said that theme of the Jubilee, “Defining the past, Re-imagining the future” is for the people and the Unions, which will be significant in the future, as DSSU is a platform which created opportunities for many former leaders and members, especially Sumi students .
He said during the span of 50 years, DSSU contributed and served the people, officials, and government.
The expenses for the Jubilee are aided by former DSSU members. The Union has also received contributions from well wishers for the preparation of the Jubilee.
Omega also highlighted that the Jubilee would be held at Dimapur Sumi Baptist Church (DSBC) and would be blessed by H Tovihoto Aye, MLA and Advisor Power, Government of Nagaland as the Chief Guest and N Suhoto Chishi, Youth Secretary, Western Sumi Baptist Akukuhou Kuqhakulu (WSBAK) as speaker.
Kahito Chishi, President of DSSU said that they have decided to entertain about 100 people and send out invitations only to selected members and follow SOPs guidelines for everyone’s safety.
“Hand sanitizers and masks will be provided to those attending the program” he added.
(Page News Service)