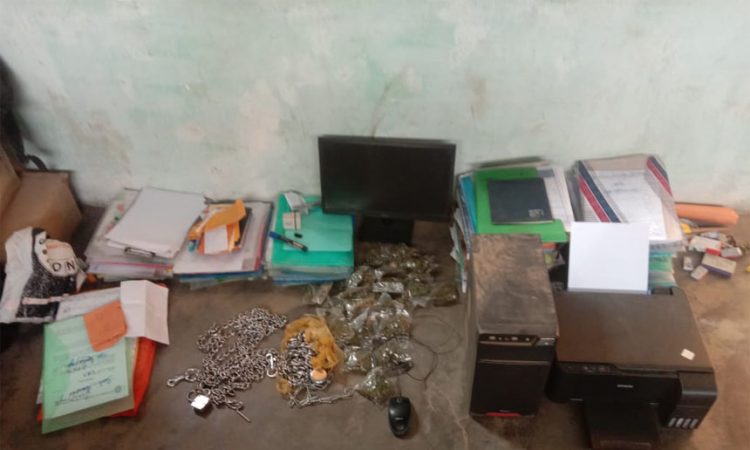 Dimapur, April 6: Dimapur Police raided an unauthorized office facility of NSCN (IM) in Diphupar ‘B’ village G-Khel following a complaint that a truck driver was being illegally detained.
According to a press release issued here, the temporary office was subsequently sealed by the police team.
During the raid, many documents, registers, computer sets, furniture, stamps, chains – 4 Nos, 140 gms of suspected ganja, 3 two-wheelers and one vehicle (WagonR) was also seized.
In this regard, a case has been registered at Chumoukedima PS. (Page News Service)