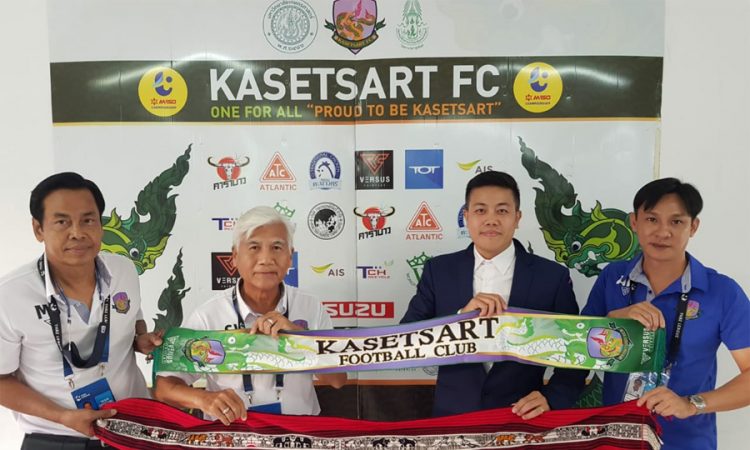 Dimapur, October 3: Dimapur Football Club has announced its partnership with Kasetsart Football Club, a football club based in Bangkok, Thailand.
With the partnership with Kasetsart FC, Dimapur FC would be able to broaden the scale and scope of football development project in order to train and promote talented local players. This partnership would be the first step in opening up football in Nagaland to the global football community, beginning with neighbours in Southeast Asia.
Founded in 1988, Kastersart FC currently competes in Thai League 2 and go by the nickname “The Emerald Nagas”. Among other partnerships, Kasetsart FC have a partnership agreement with Real Betis in Spain’s La Liga. With the collaboration and consultation from this experienced Thai Club and its partners, along with an exchange programme for promising Nagas, the Dimapur FC aims to finally provide a foundation for Naga footballers to reach their potential.
Dimapur FC was represented by Stephen Moalung Sanglir, who signed alongside Suthep Wongruen, President of Kasetsart FC. (Page News Service)