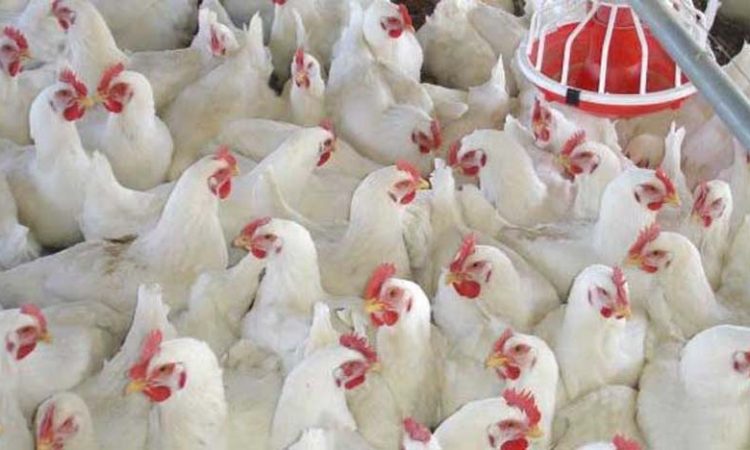 DIMAPUR, MARCH 15: Months after the wholesale rates of broiler chickens per kg fell as low as Rs 20 in the markets of Assam bordering Dimapur, the rates have now soared to around Rs 150 to Rs 160 for the same, prompting retailers in Dimapur to stop buying and selling of chickens.

Ganesh, a butcher in Dimapur, told Nagaland Page over phone that it has become impossible for him and others to sell chicken as the prices have grown too much, and according to the retail rates fixed by the Dimapur Municipal Council, they can only sell the meat at Rs 140 (broiler) to Rs 180 (broiler dressed), which is not possible anymore.
According to him, just a couple of months ago, the wholesale prices were Rs 80 to Rs 85 and it was possible to abide by the DMC rates, which is not the case anymore.
Ganesh informed that the butchers on March 12 had submitted a letter to the DMC office requesting review of rates and a reply is being awaited. He added that until the issue is resolved the “strike” would continue.
On being questioned if it is hampering the overall business, he said that it has not much impacted the business as people are choosing mutton and fish in the absence of chickens and demand & supply has remained constant overall.
Amir, who runs a retail butcher shop at Lahorijan informed Nagaland Page that the high price of chicken in Assam is because of shortage of supply as well as shortage of desired-sized chickens from West Bengal.
He said that while it is not the case of a huge deficit in supply from West Bengal, the issue is that large-sized chickens are less in supply and the retailers don’t
prefer small-sized chickens as it increases cost and reduces profit. Thus, the two factors of less availability of large-sized chickens and availability of small-sized chickens is contributing towards the increasing price.

When questioned why there is a sudden decrease in the supply of large-sized chickens from West Bengal, Amir informed that he himself is not aware.
Despite the increased price even at Lahorijan, Amir said that instead of less sales, it has increased in the last few days as chickens are not available in Dimapur and many people from Dimapur are opting to get it from Lahorijan. (Page News Service)