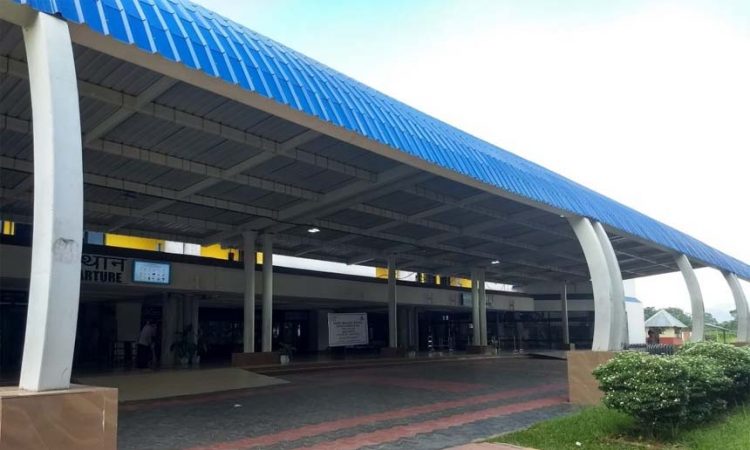 DIMAPUR, MAY 26: The Annual Maintenance Contract (AMC) civil works at Dimapur Airport for the year 2021-22 awarded to an Odisha-based Contractor Nobolak Das has landed in controversy after the Contractor lodged a police complaint alleging that he has been receiving life threatening phone calls by local Contractors after his firm got the AMC civil works.

But the Nagaland Airport Contractors Union (NACU) was quick to clarify that the police complaint does not hold any truth “but is purely to malign the image of local Contractors who, for years and without any problem such as this, had been doing the best of their abilities in discharging the duties.”
In a statement, NACU media cell clarified that tender bid of Nobolak Das should have been dropped at the initial stage of technical bid as there was shortfall in his tender documents. “Unlike other capital works, maintenance works requires 24 hours attention of the Contractor and since he being from a far-flung State, the Union advised him that he may not be able to carry out the works accordingly owing to various technical reasons that demands the close attention of the Contractor. But he rejected the advice of the Union and won the tender by bidding well below the quoted rate”, it claimed.
NACU alleged that after winning the tender bid, Nobolak Das “started challenging the members of the Union on the telephone that he will come to Dimapur and will see the Contractors”, which, NACU claimed, can be proven by his recorded telephonic conversation with members of the Union.
“After exposing his nature and character under the influence of alcohol on several occasions, filing of police complaint, branding the local Contractors as hooligans threatening his life does
not hold any truth but is purely to malign the image of local contractors”, it alleged, while also claiming that Nobolak Das had even stated that “his letter has reached the top level”.
Stating that there has never been any undesirable situation in respect of contract work in Dimapur Airport, the Union urged the concerned authorities to initiate appropriate action against Nobolak Das for “intentionally creating chaos and confusion” against the interest and development of Dimapur Airport.

Further, the Union pointed out that in accordance to contract clause the agency/firm should obtain the contract agreement within 15 days from the issue of work order but Nobolak Das was given 30 days time owing to pandemic reason, which is already lapsed. It appealed to Airport Authority Dimapur to cancel the work order and pursue to re-call the tender for the same. (Page News Service)