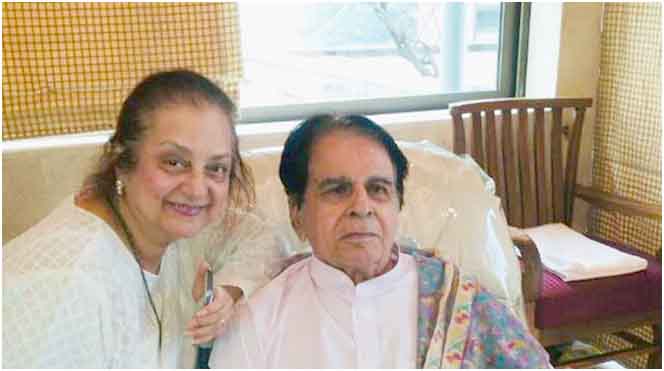 Hindi cinema legend Dilip Kumar has been discharged from the hospital after 2 days of hospitalisation. The 98-year-old actor was admitted to Mumbai’s Hinduja Hospital after a few of his health indicators were not fine.

Kumar’s wife and former actor Saira Banu told indianexpress.com, “We had to admit Dilip Sahab because some of his parameters were not fine, so the doctor suggested us that we should get him admitted and do some tests. After 2 days of being at the hospital, Dilip Sahab is fine with your duas. He has been given a discharge from the hospital sometime back.”
She added, “After all the formalities we will leave for our home in a bit. Keep him in your prayers.”
Earlier, Dilip Kumar’s family friend Faisal Farooqui had told PTI, “He was admitted for a routine check-up. There’s no (need to) panic or (a) concerning issue. These are routine tests that are required to be done from time to time because of his age. He is doing fine.”
Dilip Kumar, whose real name is Mohammed Yusuf Khan, is considered one of the best actors in Indian cinema. He is listed in the Guinness World Records for winning the maximum number of awards by an Indian actor. He is also credited as the first method actor in India.

Dilip Kumar did a variety of roles in movies as varied as dramas, epics and comedies. Some of his best known films are Devdas, Mughal-e-Azam, Gunga Jamuna, Ram Aur Shyam, among others.
He was last seen in the 1998 film Qila. (Courtesy: IE)