Differences between India, China should not become disputes: Nirmala Sitharaman 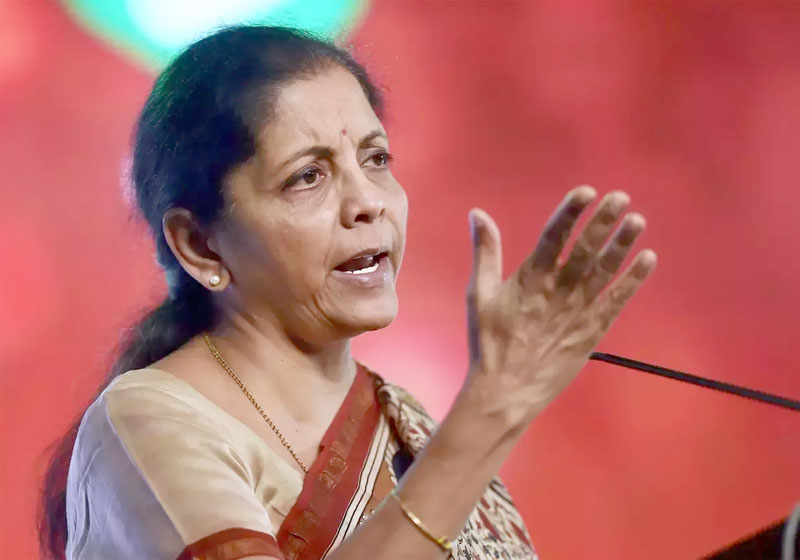 Itanagar, November 11: Defence Minister Nirmala Sitharaman on Sunday pitched for dialogues between India and China on various issues, saying differences between the two nations should not be allowed to become disputes.
Both India and China should respect each other and resolve issues through dialogues and join hands together for peace and prosperity, Sitharaman said.
There are various issues such as defence, border disputes, border trades and presence of Indian and Chinese defence forces in the Indian Ocean which can be resolved through continuous dialogues, the minister said.
“Competition is normal, but contest must not turn into conflict. Differences should not be allowed to become disputes, she said here.
“Solution lies in dialogue, solution lies in peaceful engagement. But for this, mutual trust should be there.” However, she added, mutual recognition of sensitivity in each country should be respected and resolved through dialogues.
Sitharaman was delivering the seventh memorial lecture of former RSS activist from Arunachal Pradesh, Rutum Kamgo, on the theme: ‘Towards Bridging the Indo-China Relationship for an Emerging Asia’.
On a proposal of Chief Minister Pema Khandu for opening up border trade with China through Bum La Pass, Sitharaman said the trade was possible with the border villages of both the countries like the current border has at Nathu La in Sikkim and Moreh in Manipur.
However, she added, the balance of trade between the countries was in favour of China. “Trade between India and China is done in large scale amounting to USD 80-90 billion. But, sadly, we are purchasing from them in huge quantities. But, for our products, their market is not open.”
“We have several products like telecommunication, vegetables, tea, soya, raw sugar, pharmaceuticals etc in which China evinces keen interest,” the defence minister said, adding that there were certain areas where both the nations could cooperate, especially in containing terrorism and promoting sustainable development.
The minister termed India and China the growth engines for the entire world, saying that emergence of both the countries would pave the way for an emerging Asia. “Peace, security and development in Asia are possible when India and China are developed. Development of both nations is possible only when there are mutual respect and understanding among the two countries.”
She quoted Prime Minister Narendra Modi as saying that both the countries should follow the mantra of samman (respect), sambad (dialogue), sahyog (cooperation), shanti (peace) and samriddhi (prosperity) for development.
“There are many multilateral institutions in the world like (the) UN, IMF, World Bank etc where representations from a country like us with more population and demands are negligible. India and China should raise the issue jointly for mutual benefits,” she added. (PTI)