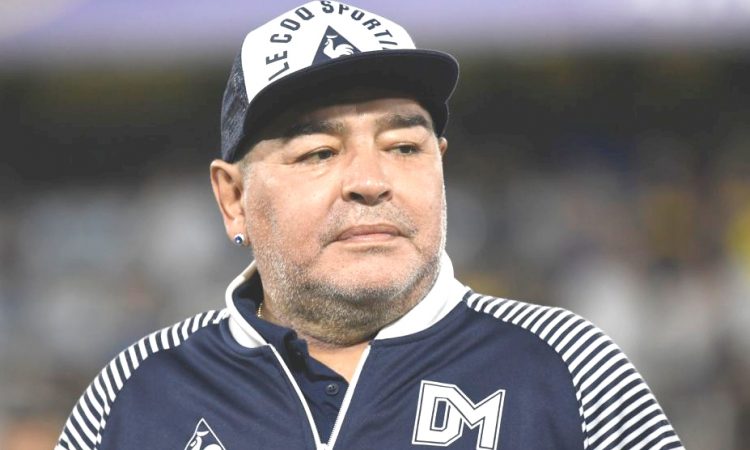 LA PLATA, NOVEMBER 3: World Cup legend Diego Maradona was hospitalized in his native Argentina on Monday, according to multiple media reports out of the South American country.
Widely regarded as one of the greatest players of all time, the 1986 World Cup winner was admitted to a hospital in the city of La Plata, where he serves as the Manager of Argentina Primera División club Gimnasia de La Plata, just 3 days after celebrating his 60th birthday on October 30.
The reports said that Maradona underwent tests, but didn’t reveal his condition or the reason he needed to seek urgent medical attention. One local outlet, La Nacion, reported that while it ” is not an emergency situation”, Maradona and his doctor, neurosurgeon Leopoldo Luque, agreed that he required inpatient care. It also suggested that Maradona, who has suffered from health problems in the past, would be moved to a long-term care facility in the nearby capital of Buenos Aires.
Maradona was not infected with or experiencing symptoms of COVID-19, that report added. The diminutive former Boca Juniors, Barcelona and Napoli star has long suffered from drug and alcohol dependency and obesity. Last year, after he underwent emergency surgery to repair a hernia that caused internal bleeding in his stomach, his daughter Giannina said her father was “dying from the inside and does not realize it.”
After Monday’s news broke, Telemundo’s Andres Cantor tweeted that Maradona had not suffered from a stroke, as some had speculated, but that his issue was “due to his alcohol problems.”
A nearly unstoppable force as an attacking midfielder, Maradona utterly dominated the 1986 World Cup, leading the Albiceleste to their second title. He also appeared in the 1982, 1990 and 1994 tournaments, although he was suspended during USA ’94 after failing a drug test.
Before taking over Gimnasia, Maradona coached fellow Primera División outfit Racing, Mexican side Dorados de Sinaloa, a pair of clubs in the United Arab Emirates and the Argentinian national team, which he took to the quarterfinals of the 2010 World Cup in South Africa.
(Courtesy: Yahoo!Sports)