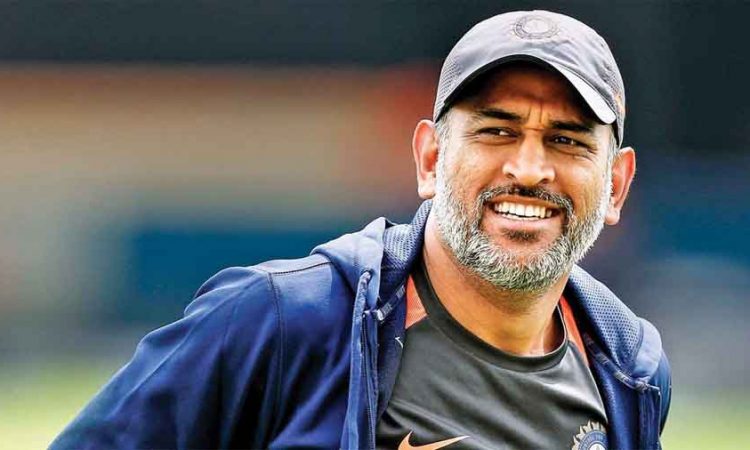 New Delhi, June 19: The BCCI will be organising a six-week camp for its top cricketers some time next month and speculation has started on whether former India captain Mahendra Singh Dhoni will feature in it.
The BCCI is waiting for a safe time and venue for the camp after third week of July. In case it’s not possible, players will probably go in for their respective IPL camps later during the year.
The questions are arising on Dhoni because he has been dropped from the central contracts list but when the camp happens, a few players outside the pool will also be there.
Former chairman of selectors MSK Prasad told PTI that if there is a T20 World Cup happening, then possibly Dhoni can be called but if its a case of playing bilaterals, then the selection committee might think differently.
“I don’t know whether T20 World Cup is happening or not. If it is happening and you are just looking at the camp as a pre-cursor to the tournament, then MS should definitely be there. If it’s a case of bilaterals, then you already have KL Rahul, Rishabh Pant and Sanju Samson,” Prasad said.
However, Prasad feels that Dhoni’s presence in the camp could be great for the younger keepers in a residential camp.
Dhoni’s World Cup winning former teammate Ashish Nehra feels that if the wicketkeeper-batsman wants to play, he should be in every team.
“If I was a national selector, MS Dhoni will be in my team but the bigger question is that whether he wants to play or not. It’s what Dhoni wants at the end of the day,” Nehra said.
As far as out of touch is concerned, Nehra said that playing IPL would be good enough match tuning if Dhoni wants to come back into the Indian team post that.
Harbhajan Singh, on his part, wants to see some of the youngsters being called as and when the camp happens.
“I would like to see Suryakumar Yadav, the young U-19 leg-spinner (Ravi Bishnoi) and Yashasvi Jaiswal in that camp. They should get a chance to interact with the senior players. No one deserves it more than Surya, who should be in that T20 team,” Harbhajan said.
Former India keeper and analyst Deep Dasgupta feels that selectors should have a word with Dhoni if he wants to be a part of the camp.
“I mean if Dhoni is a part of that camp, it will be six weeks with the next batch of keepers who can pick his brains. Yes, if he is not a part of that camp, I would still not rule him out if he has a good IPL. Say he bats at No 4 for CSK and gets 500 runs, can you ignore him then?” questioned Dasgupta.
A senior official privy to selection matters said that it would be very surprising if Dhoni is picked for the camp.
“He hasn’t played for one year. You haven’t seen in what shape he is right now. He is not in central contracts and he wasn’t even picked for the T20s against West Indies last year. Still if he is called for a camp, it will be surprising,” the official said. (PTI)