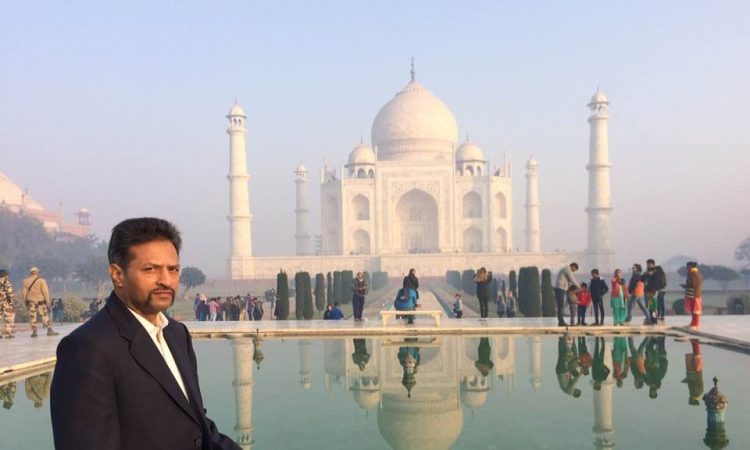 Dimapur, June 20: Nagaland Director General of Police, Rupin Sharma, IPS was finally removed from his post on Wednesday despite a campaign demanding his retention as State police chief.
The State Government on Wednesday kept Rupin Sharma, IPS on “compulsory wait” and appointed Additional Director General of Police (law & order), Renchamo P Kikon, IPS to take current charge of DGP Nagaland in addition to his normal duties with immediate effect.
A notification issued Wednesday by State Home Commissioner R Ramakrishnan directed Rupin Sharma, IPS to hand over the charge to Renchamo P Kikon, IPS “today itself.”
Rupin Sharma is an IPS officer of 1992 batch while Renchamo P Kikon is an IPS officer of 1998 batch.
Sources said Rupin Sharma, IPS was kept on ‘compulsory wait’ and his junior was appointed to take charge as DGP as a stop gap arrangement before an acceptable DGP takes charge in order to circumvent any undesirable situation that will embarrass the Government following the ongoing public campaigns demanding retention of Sharma.
As reported earlier in Nagaland Page, Additional Director General of Police, Chattisgarh, John Longkumer is most likely to take charge as the next DGP Nagaland.
Nagaland Government has been pressing the Union Government to remove Sharma citing his inexperience in administration, whereas those seeking Sharma’s retention claims that he is the best man to run the affairs of the Police Department that is besieged by massive irregularities.
One key reason for the State Government wanting to remove Sharma, sources said, was that he is unlikely to toe the diktats of politicians.
NPRAAF questions Govt
Meanwhile the Nagaland Public Rights Awareness and Action Forum (NPRAAF) has expressed disappointment at the forced replacement of Rupin Sharma (IPS) as DGP by an officer much junior to him in service.
“The centre refused to act based upon the letter of the Chief Minister, Dy Chief Minister and the Chief Secretary to bring in an outside state IPS cadre to be the New DGP of Nagaland, taking into consideration the immaculate track record of Rupin Sharma IPS,” the forum claimed.
It said the action of the State Government is against the IPS (Regulation of Seniority) Rules, 1988 and against the wishes of the people of Nagaland who openly demanded his retention.
Stating that the action of the State Government is an insult to the honest police officer, who refused to bow down to Mantris and Babus for corruption, the forum said such unethical action will demoralize the State police force and honest public servants.
The NPRAAF also demanded to know from the Government if Rupin Sharma IPS do not qualify the set criteria of 30 years to become DGP, then what criteria were followed to appoint the new DGP.
“If the Govt. response is not satisfactory NPRAAF will seek the door of justice at the greater interest of the people,” it warned. (Page News Service)