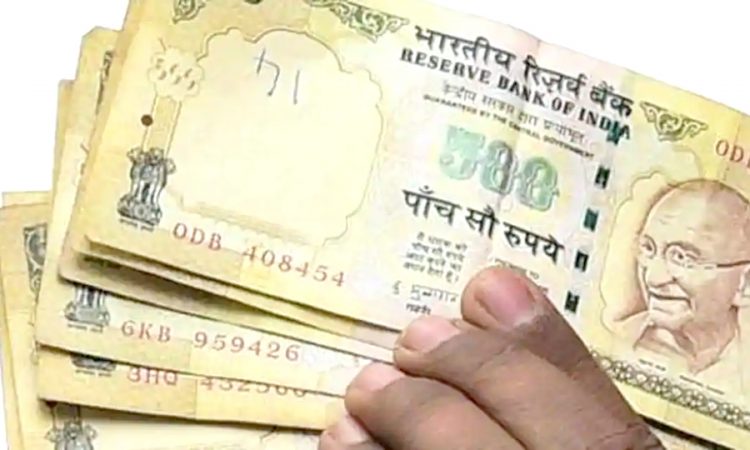 From 2014, the Modi government embarked on transforming the economy and demonetisation was part of it to ensure government resources reach the poor and the downtrodden without corruption and leakage, BJP national spokesperson Rajeev Chandrasekhar said. (PTI)

New Delhi, November 8: Demonetisation was an “attack” on corruption and black money that were rampant during the “lost decade” of the Congress-led UPA government, the BJP said on Sunday while hitting out at the opposition party for criticising the move.
On November 8, 2016, Prime Minister Narendra Modi had announced the decision to ban all currency notes of higher denomination of Rs 500 and Rs 1,000 from midnight.
Demonetisation was good for the country, BJP national spokesperson Rajeev Chandrasekhar said.
It resulted in cleaning up of the economy, formalisation of the informal sector and revenue aggregation, he told a press conference at the party’s headquarters here on the fourth anniversary of demonetisation.
“Demonitisation had dealt a body blow to the systemic financial corruption and black money economy. Since then, it has simultaneously invigorated formal economy and brought unprecedented financial benefits to all sections of society,” Chandrasekhar said.
His remarks came after Congress leader Rahul Gandhi slammed the government over demonetisation, alleging that the move four years ago was aimed at helping a few of Prime Minister Modi’s “crony capitalist friends” and had “destroyed” the Indian economy.
Without taking names, Chandrasekhar said,”If there is anybody who shouldn’t talk about loot, mismanagement of the economy it should be people from the Congress. During the lost decade of the Congress-led UPA government, there was rampant black money and corruption in the country’s economy.”
The United Progressive Alliance (UPA) was in power at the Centre for two terms from 2004 to 2009 and from 2009 to 2014.
From 2014, the Modi government embarked on transforming the economy and demonetisation was part of it to ensure government resources reach the poor and the downtrodden without corruption and leakage, Chandrashekhar said.
“Demonetisation had three significant and tangible impacts — cleaning up of the economy, formalisation of the informal sector as it helped us to reach the poor and needy, and revenue aggregation,” the BJP leader said.
Chandrasekhar said the economic transformations or decisions taken by Modi government in the last six years had an overall positive impact on the Indian economy. (PTI)