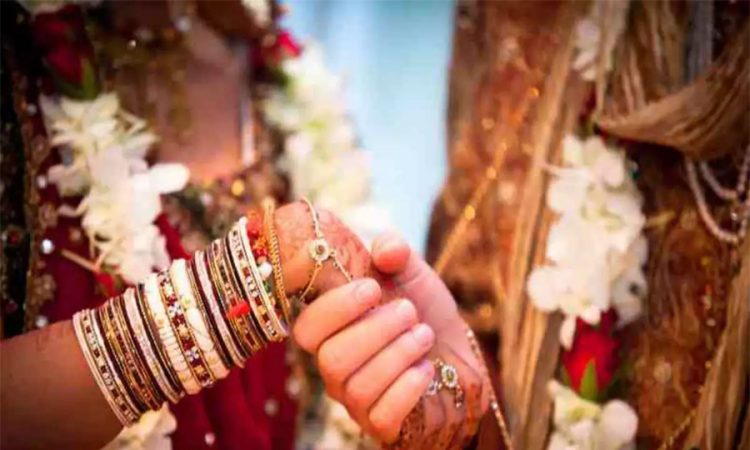 Agartala, November 28: Activists of the Hindu Jagaran Manch on Saturday blocked a national highway in Tripuras Gomati district demanding a law to stop those using marriage to force someone to change religion, in the lines of the steps taken by several other BJP-ruled states.

Uttam Dey, the president of Tripura unit of the Manch, claimed that “nine cases of love jihad” were filed in different police stations of the state during the lockdown period, though an official said that no such record is there in the police headquarters here.
However, another police official said that a minor girl was abducted by a man of another faith at Boxanagar in Sepahijala district. She was rescued but the accused is yet to be arrested.
In recent weeks, BJP-run states such as Uttar Pradesh, Haryana and Madhya Pradesh have revealed plans to enact laws to counter alleged attempts to convert Hindu women to Islam in the guise of marriage, which right-wing activists refer to as “love jihad”.
“Love Jihad is posing a threat to our society and Hindu women. The police have failed to protect Hindu girls.
They also failed to contain the agenda of extensive religious conversion. Unless a law is enacted, this menace will continue,” Dey alleged.
“Cases of love jihad” were registered at Boxanagar and Bishalgarh police stations in Sepahijala district and Udaipur in Gomati district during the lockdown period, but there was not a single arrest was made, he claimed.
A police official, however, said besides the Boxanagar incident last month, another such case had been registered at Bishalgarh police station two weeks ago but it was found during investigation that she was adult and had eloped with a man.
The Manch blocked National Highway 8 at Udaipur in Gomati district, about 55 km from here, and lifted it after some time, Sub-Divisional Police Officer of Udaipur, Dhrubha Nath, said. (PTI)