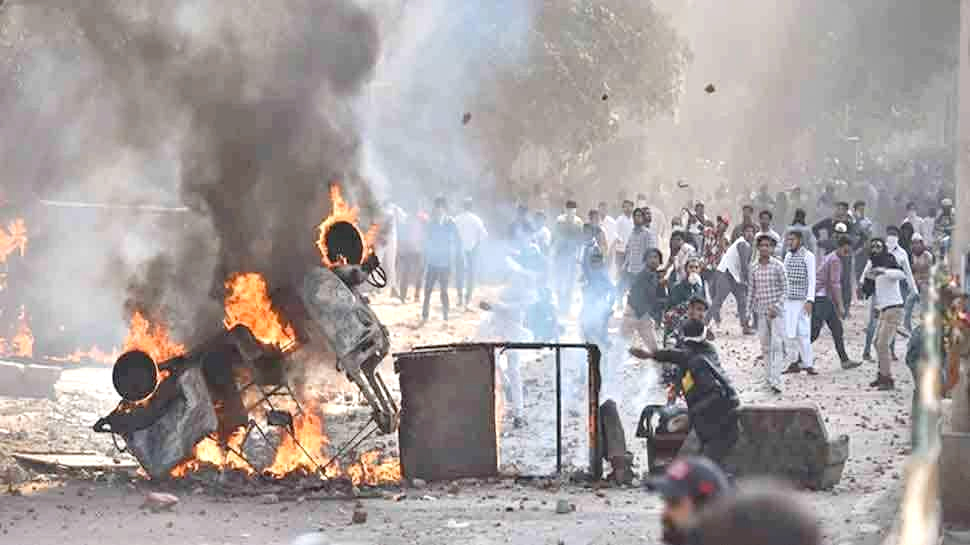 NEW DELHI, September 22: “FROM THE day that the results of the 2019 Parliamentary elections were declared, the tone and tenor of the public utterances of the key conspirators of the present case has shown a clear streak of affinity towards violence which had started playing out in their minds.”
The Special Cell of Delhi Police mentioned it in its final report in the 2695-page chargesheet it filed against 15 people in connection with the northeast Delhi riots. The report concludes that the ‘end objective of all the conspirators had conspired was to uproot a lawfully elected government by sheer use of engineered, vicious and visceral communal violence.’
It mentioned that transactions of over Rs 1 crore received by accused persons Tahir Hussain, Ishrat Jahan, Khalid Saifi, Shafa-ur-Rahman and Meeran Haider through a bank account or cash from December 2019 to February 2020. The chargesheet, filed under the charges of stringent Unlawful Activities (Prevention) Act, said that during the investigation, it was disclosed that during the period December 1, 2019 to February 26, 2020, a total Rs 1, 61, 33, 703 was received by these accused persons, either in cash or through bank account.
Out of the total Rs 1.61 crore, Rs 1,48,01,186 was withdrawn as cash and spent in managing the protest sites as well as executing the conspiracy of riots in the national capital.
The chargesheet mentioned how the accused persons had executed fraudulent transactions. The police said that Imran, brother-in-law of Ishrat Jahan, disclosed that he took Rs 4 lakh from her for his business.
The chargesheet stated that he did not mention in his I-T return about the Rs 4 lakh loan he took from Jahan. He also failed to give a satisfactory answer regarding use of that money, police said.
The chargesheet stated that on scrutiny of bank accounts of Jahan, it was found that on January 10, 2020, there was a cash deposit of Rs 1,41,000 in her account by herself but she could explain the source of this amount during her custodial interrogation.
The Delhi Police, in the chargesheet, said that whatever followed, the violence in northeast Delhi in February this year, was a result of this criminal conspiracy to commit violence which is nothing else but an unlawful act.
The chargesheet mentioned that the violence took place during the period when US President Donald Trump was visiting India. The Delhi Police also explained the meaning of the meeting of minds in its chargesheet saying that the violence case has seen wide-ranging discussions on what this ‘meeting of minds’ was for.
The violence, which took place in the northeast area of the national capital between groups supporting and opposing the Citizenship Amendment Act in February this year, led to the deaths of at least 53 people and hundreds of others were injured. (Agencies)