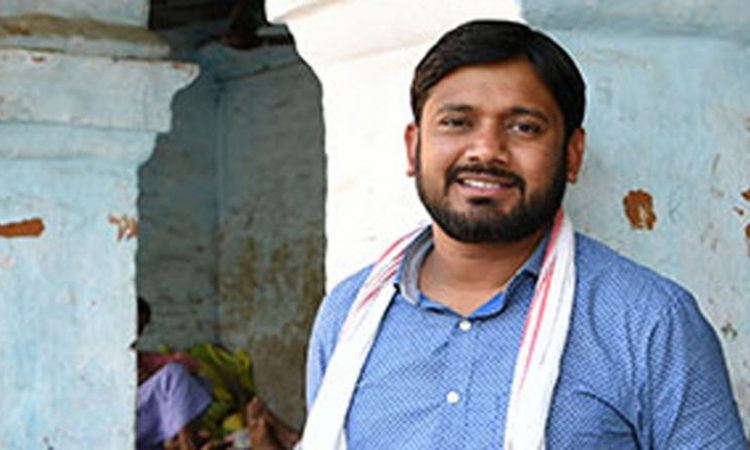 New Delhi, February 28: The Delhi government has given a go-ahead to the city police to prosecute former JNUSU president Kanhaiya Kumar and nine others in connection with a four-year-old sedition case, as the ruling AAP denied the persistent BJP charge of blocking the proceedings in the matter.
AAP MLA and spokesperson Raghav Chadha said the Law Department of the Delhi government has given its opinion on this matter to the Home Department after due diligence.
The sanction was granted by the Delhi government on February 20, he said.
Delhi BJP president Manoj Tiwari welcomed the development, but said the Kejriwal government perhaps gave the approval in view of the “current political situation”.
The BJP has been alleging that the AAP government was stonewalling the proceedings in the case by not granting its approval to prosecute Kanhaiya and others.
However, Chadha, in a statement on Friday, said, “The Delhi government, as a matter of policy and as a matter of principle, does not and has not intervened in any of such cases. Our government has not stopped prosecution in any case, whatsoever, in the last five years.”
Terming it a “purely a procedural matter”, he said judiciary and judiciary alone should decide on the merits of each case.
“It is not for governments to decide on the merits of such cases,” Chadha said.
He further said the Delhi government has not stopped prosecution in any case, including those pertaining to its own MLAs and party leaders.
“Our MLAs fought these in the courts, in most cases our MLAs were declared innocent while some cases are still pending in court. Even when it came to elected representatives of the ruling party, that is the Aam Aadmi Party, the government of Delhi did not intervene in the process of law,” the statement said.
“It is only fair for the permanent executive as well as political executive to not intervene in the process of law and let the judiciary perform its independent function,” it added.
Reacting to the development, Kanhaiya Kumar tweeted, “Fast-track court and quick action is required in the sedition case so that the country gets to know how the sedition law was misused in this entire case for political benefits.”
“Thank you to Delhi government for giving permission for the sedition case,” he wrote on the microblogging site while urging the Delhi Police and government officials to take this case seriously and ensure justice.
Umar Khalid also tweeted his and Anirban Bhattacharya’s joint statement.
“The news of the Delhi government granting sanction to sedition case against us doesn’t trouble us at all. We are confident of our innocence, have full faith in the judiciary and have ourselves been demanding the case against us to be tried in the courts.
“The ensuing trial will vindicate us and prove that the media trial at the behest of the ruling regime was false, malicious and politically motivated. We have lived under the shadow of these false charges for far too long. Finally, ‘sab doodh ka doodh aur paani ka paani hoga’ (everything will become clear) !” he said in a series of tweets.
“And as we will defend ourselves in the court, we will expose the lies of the ruling regime and its fake claims of being nationalist,” the statement added.
Chief Minister Arvind Kejriwal on February 19 had said he would ask the department concerned to take “expeditious decision” on the granting sanction to prosecute Kanhaiya and others in the sedition case.
According to rules, investigating agencies need to take approval of the state government while filing a charge sheet in sedition cases.
The Delhi Police had last year filed the charge sheet at a city court against Kanhaiya Kumar and others, saying he was leading a procession and supported seditious slogans at an event in February 2016.
It also charged former JNU students Umar Khalid and Anirban Bhattacharya with allegedly shouting anti-India slogans during the event to commemorate the hanging of Parliament-attack mastermind Afzal Guru.
The prosecution sanction was granted nearly a year after a city court asked the AAP government to take a decision within a reasonable time frame and noted that the delay was leading to violation of the due process of law.
The Delhi government had then told the court that the police had filed the charge sheet in the 2016 incident in a “secret and hasty manner”, without obtaining the approval of the competent authority.
In September last year, the court has asked the Delhi government to decide within one month the issue of giving sanction to prosecute Kanhaiya Kumar and others in the case. (PTI)