Definition of kilogram changed after 130 years 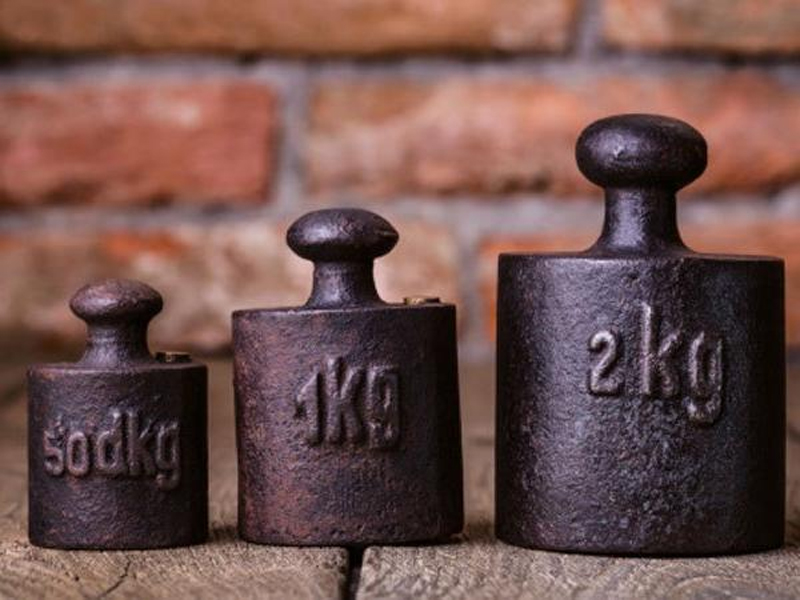 LONDON, November 19: The world’s standard definition of the kilogram, the ampere, the kelvin and the mole has been changed, after representatives from 60 countries voted to redefine the International System of Units (SI) for weight, current, temperature and amount of chemical substance.
The definition of the kilogram for more than 130 years, the International Prototype of the Kilogram(IPK), a cylinder of a platinum alloy stored at the International Bureau of Weights and Measures (BIPM) in France, will now be retired.
It will be replaced by the Planck constant — the fundamental constant of quantum physics. While the stability of the IPK could only be confirmed by comparisons with identical copies, a difficult and potentially inaccurate process, the Planck constant is ready for use everywhere and always.
The decision, made at the General Conference on Weights and Measures in Versailles, France, which is organised by BIPM, means that all SI units will now be defined in terms of constants that describe the natural world.
This will assure the future stability of the SI and open the opportunity for the use of new technologies, including quantum technologies, to implement the definitions.
The changes, which will come into force on May 20 next year, will bring an end to the use of physical objects to define measurement units.
“The SI redefinition is a landmark moment in scientific progress,” said Martin Milton, Director, International Bureau of Weights and Measures (BIPM).
“Using the fundamental constants we observe in nature as a foundation for important concepts, such as mass and time, means that we have a stable foundation from which to advance our scientific understanding, develop new technologies and address some of society’s greatest challenges,” said Milton.
“Today marks the culmination of decades of work by measurement scientists around the world, the significance of which is immense,” said Barry Inglis, Director of the International Committee for Weights and Measures.
“We will now no longer be bound by the limitations of objects in our measurement of the world, but have universality accessible units that can pave the way to even greater accuracy, and even accelerate scientific advancement,” said Inglis.
The new definitions impact four of the seven base units of the SI: the kilogram, ampere, kelvin and mole; and all units derived from them, such as the volt, ohm and joule.
Although the size of these units will not change, the four redefined units will join the second, the metre and the candela to ensure that the set of SI base units will continue to be both stable and useful. (PTI)