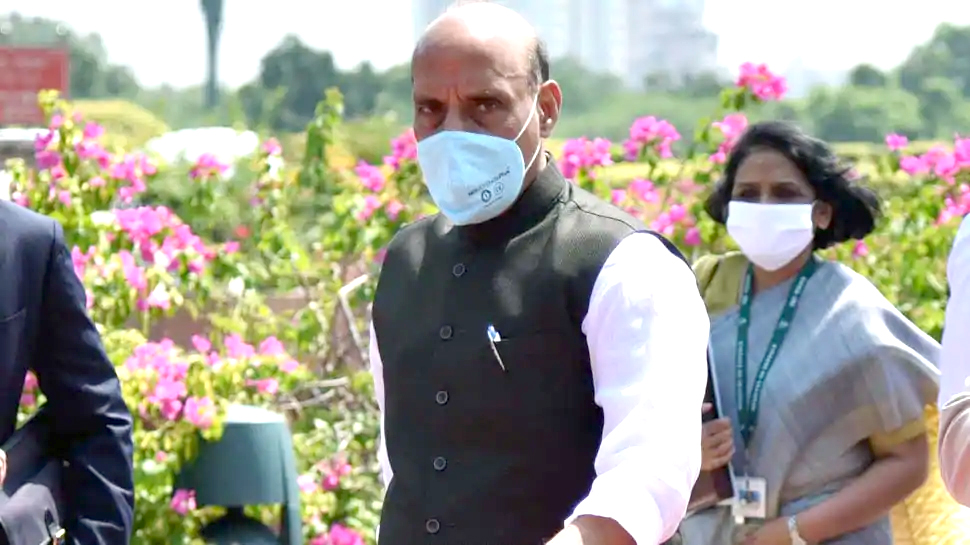 New Delhi, September 1: Union Defence Minister Rajnath Singh will leave for Russia on September 2 (Wednesday) to attend a meeting of the Shanghai Cooperation Organisation (SCO), the ministry said on Tuesday. The Defence Minister will be on a three-day visit to Russia.
Taking to micro-blogging site Twitter, it said, “Raksha Mantri Rajnath Singh will leave for Moscow tomorrow on a three day visit to Russia. He will attend the Shanghai Cooperation Organization (SCO) Defence Ministers’ meeting during his visit.”
According to news agency PTI, the meeting is expected to deliberate on regional security scenario. Besides attending the SCO defence ministers’ meeting, Singh will hold talks with his Russian counterpart Sergey Shoigu and several other top military officials with an aim to expedite the implementation of several defence procurement programmes, officials told PTI.
The SCO defence ministers’ meeting is taking place at a time when two of its member countries, India and China, are locked in a bitter border standoff in eastern Ladakh. Chinese Defence Minister Gen Wei Fenghe is expected to attend the SCO meeting.
Asked about the possibility of a bilateral meeting between Singh and Wei on the sidelines of the SCO event, PTI sources said there is no such plan. It will be Singh’s second visit to Moscow since June. He had represented India at the Victory Day Parade in Moscow on June 24 that commemorated the 75th anniversary of the Soviet victory over Nazi Germany in the Second World War.
Russia has also invited External Affairs Minister S Jaishankar to attend the SCO foreign ministers’ meeting on September 10. Singh will leave for India on the evening of September 5, they said.
Indian and Chinese troops have been engaged in a standoff in several areas along the Line of Actual Control (LAC) in eastern Ladakh for over three-and-half months. Indian Army on August 31 said the Chinese military carried out “provocative military movements” to “unilaterally” change the status quo on the southern bank of Pangong Lake on the intervening night of August 29 and 30 but the attempt was thwarted by the Indian troops. The fresh confrontation has further escalated the tension along the LAC. (Agencies)