HomeInfotainmentDeepika Padukone on husband Ranveer Singh: There’s a quiet side to him too
Infotainment
2 years agoDecember 3, 2018No tags 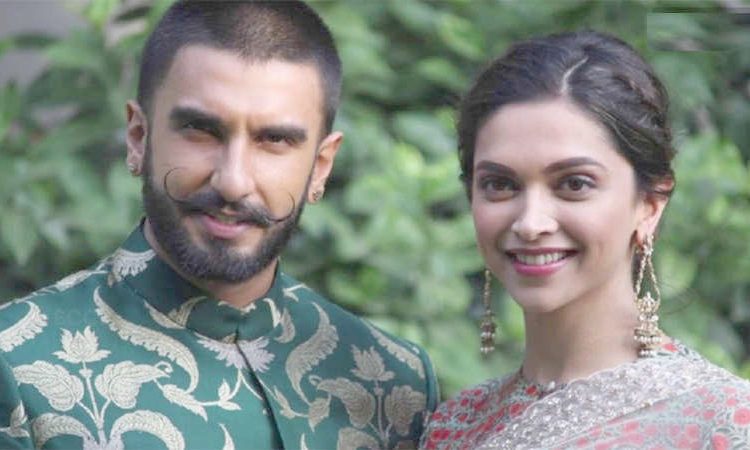 Actor Ranveer Singh is a people’s person with “irrepressible energy”, but there’s a quiet side to his persona as well, says his actress wife Deepika Padukone after their “magical” wedding celebrations.
In her first interview post their wedding, Deepika spoke to GQ magazine about the month gone by, Ranveer, her wedding looks and what the future holds for her.
Deepika is one of the few people in the world that gets to see Ranveer without the cameras, the hyperbole and the flamboyance. What is he like?
“He is vulnerable, extremely emotional, very intelligent; childlike at times. That’s not to say that his irrepressible energy isn’t him, it’s very him. He’s a real people’s person, but there’s a quiet side to him too,” Deepika said, according to excerpts shared with IANS.
“Emotionally, I think I’m the more intuitive one. I’d say IQ is more him. But at the same time, he’s not all like, ‘I’m a man, I can’t show my emotions.’ He is sensitive, and so am I, and it makes it easier to share a life with someone who understands that,” she added.
Deepika and Ranveer kept the paparazzi waiting by keeping their wedding looks a secret until they shared it themselves on social media from their exotic venue, Lake Como, Italy.
“I think the pictures we shared summed up the wedding – it was magical to have just family and friends there who mean something to you, who don’t really care about who you are professionally, but are there because they love you for who you are as a person,” Deepika said of the Lake Como festivities, which included only about 40 of their guests.
While the actor sported a Sabyasachi Mukherjee creation for her north Indian style wedding, for GQ’s December cover, she has gone all bold.
“I’m aware of culture, tradition, all that… I also understand what it means to be my own person. Of course, it’s exciting to take your relationship to the next level, but at no point as a woman should you forget your sense of individuality. It’s important to remain authentic and stay true to who you are. The idea is not to lose yourself in the process (of marriage),” said the actress, who has had a whirlwind 2018.
She kicked things off with a raging controversy around “Padmaavat”, a Time 100 name-check, followed by red carpet appearances at the Met Gala and Cannes, and ended the year by marrying Ranveer, whom she had been dating for six years.