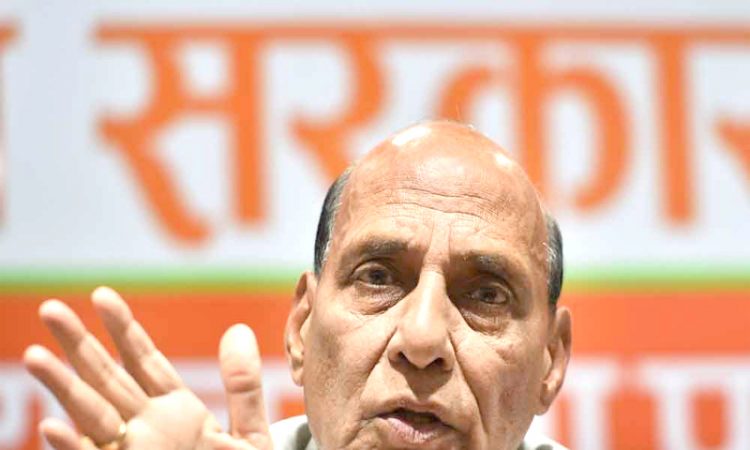 New Delhi, December 2: Defence Minister Rajnath Singh on Wednesday said the Centre, states and union territories will celebrate the current month of December as “Gaurav Maah” (pride month) to honour the contributions of the armed forces and their veterans to the nation.
On the eve of the Armed Forces Flag Day, Singh also appealed to people to contribute to a fund for the rehabilitation and welfare of next of kin of the soldiers who laid their lives in the line of duty, or were rendered disabled.
“The entire month of December will be celebrated by the Centre, states and union territories through the Sainik Board as Gaurav Maah,” Singh said.
The Kendriya Sainik Board is the apex body of the government that formulates policies for rehabilitation and welfare of ex-servicemen and their dependents.
India has been observing December 7 as the Armed Forces Flag Day since 1949 to honour those soldiers who valiantly fought on the borders to safeguard the country’s honour.
The government had constituted the Armed Forces Flag Day Fund (AFFDF) for the welfare and rehabilitation of the ex-servicemen (ESM) community. There are more than 32 lakh ESM and around 60,000 are added every year due to superannuation.
Urging people to contribute to the AFFDF, he said it was the responsibility of the country to ensure welfare of the soldiers who have always been fighting valiantly to safeguard the sovereignty of the country.
“In the process sometimes, they have even laid down their lives, leaving behind their families or being rendered disabled. The rehabilitation and welfare of our ex servicemen, the next of kin of our martyrs and our disabled soldiers is the responsibility of all citizens,” he said.
“The Flag Day provides us an opportunity to fulfill this responsibility by contributing to the AFFD fund,” he added.
Noting that over Rs 47 crore was raised during 2019-20 through voluntary contributions, Singh hoped that people will show the same spirit this year too. (PTI)