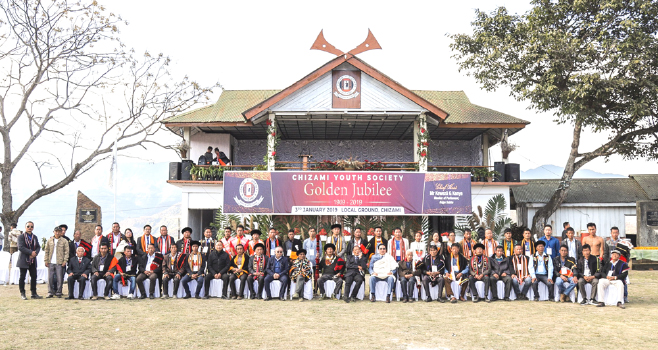 Dimapur, January 3: The Chizami Youth Society (CYS) celebrated golden jubilee on January 3 at Chizami village local ground.
Chief host of the celebration, KG Kenye, Member of Parliament, Rajya Sabha in his speech lauded the effort of the CYS’ pioneers and all leaders, who have significantly contributed towards safeguarding our people, culture, land and territories. He added, the ‘older generations lived through war times, have experienced hunger and homelessness, yet they were very productive and have sacrificed much so that the younger generation have a future’. However, he lamented that the present generation has become unproductive and has failed to contribute anything that we can be proud of, and therefore challenged the youth to step it up.
He urged the community, youth in particular, to make the best use of opportunities that the current development offers, to respect cultural diversity and not disintegrate our community, to foster unity, respect elders and build a progressive society. He added that ‘in order to build resilience, we need to be self reliant and sustain the democratic values that our tribal communities have’.
One of the main highlights of the celebration was the launching of the Chizami Sports Association (CSA) by CSA president Colo Mero and blessed by Rev. Mese Rhakho, Advisor, CBC.
The CSA was formed under the initiative of Life Sports, Nagaland in collaboration with the Chizami Youth Society, with a focus on training and developing sportspersons in select sports disciplines, training coaches and referees, and developing sports infrastructure in the village. The CSA will be the official governing body of all sports activities in the village and will be affiliated to the Phek District Sports Council and the Secheku Range Sports Association (SRSA).
KG Kenye unveiled the monolith stone commemorating the golden jubilee, which was blessed by Pastor K.Thopi, CBC. Visielie Kezo, Special Secretary (Finance), Government of Nagaland released the golden jubilee SEWEDA of the CYS.
Other highlights of the celebration included traditional games, traditional craft exhibits, folk skit, folk songs and dances performed by youth members from 6 khels – Ladelekhro, Mechutheza, Pfutshe, Kepero, Pulekhro and Pfutshepa; and a tug-of-war between Chizami Gazette Officers Forum and former Chairmen of CYS.
The golden jubilee celebration saw adoption of zero plastic waste concept. From its decor to the jubilee feast, only natural and eco-friendly materials were used. The organizers further called on the gathering to join the campaign on environment protection by adopting zero-plastic waste, starting from homes to all public functions. (Page News Service) 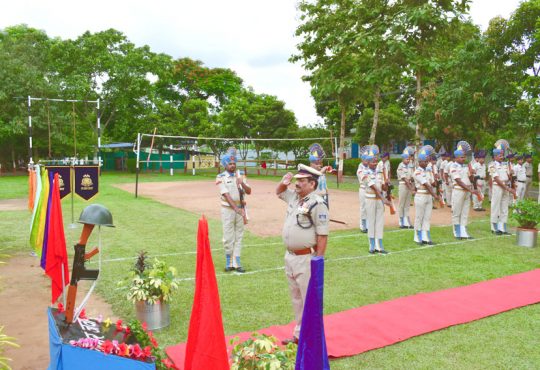 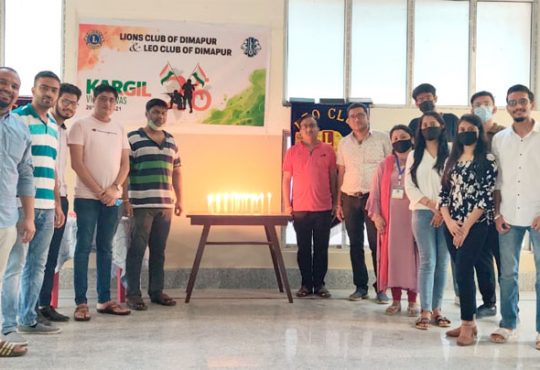